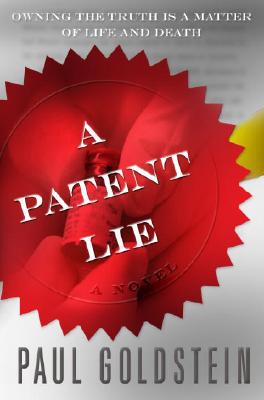 “A riveting courtroom drama concerning a patent for an AIDS vaccine, this story illuminates the incompatibility of current patent law and cutting-edge biotechnology. An entertaining and intelligent read.”
— Jeanne Regentin, Between the Covers, Harbor Springs, MI
View the List

Forced out of his high-powered Manhattan law firm and stuck in a dead-end solo practice, Michael Seeley, the tough-but-wounded hero of Errors and Omissions, cannot say no when his estranged brother, Leonard, head of research at upstart biotech Vaxtek, Inc., flies in from California to beg him to take over the company’s lawsuit for patent infringement of its pathbreaking AIDS vaccine after the sudden death of the lead trial lawyer. The financial and moral stakes of the case are staggering, and Seeley suspects that murder cannot be ruled out as a hardball litigation tactic of big-pharma adversary St. Gall Laboratories.

As Seeley travels between San Francisco and Silicon Valley to prepare for trial, dark facts surface concerning the vaccine’s discovery by Vaxtek scientist Alan Steinhardt and its alleged theft by St. Gall researcher Lily Warren. Ethical quandaries deepen into mortal danger as the trial, under the stern prodding of federal judge Ellen Farnsworth, rushes to its unexpected end. A timely and fascinating look at how the law operates at its most arcane yet financially consequential, A Patent Lie is further evidence that Paul Goldstein is an emerging master of the legal thriller.


Praise For A Patent Lie…

PRAISE FOR ERRORS AND OMISSIONS

“Memorable [and] pleasurable . . . Goldstein displays the keen eye and sure hand of a gifted writer.” —Wall Street Journal


“A compelling yarn and a fascinating glimpse at one of the more notorious chapters in Hollywood history.”
—San Francisco Chronicle

“It’s difficult to convey the mounting excitement with which I turned the pages . . . the writing [is] masterful, not one wasted word . . . A terrific read.”
—Sue Grafton

“[S]pins out a fresh, sharp-witted drama about Hollywood’s blacklist . . . Goldstein, who does a fine job of breaking down complicated moral, ethical and historical issues to understandable nuggets, has laid the foundation for what could be a strong franchise.”
—Publishers Weekly

“Compares favorably with the best legal thrillers of the likes of John Grisham . . . [Errors and Omissions] qualifies Goldstein for a high position among recent crime fiction.”—Political Affairs