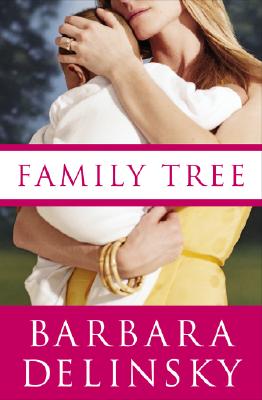 Dana Clarke has always longed for the stability of home and family—her own childhood was not an easy one. Now she has married a man she adores who is from a prominent New England family, and she is about to give birth to their first child. But what should be the happiest day of her life becomes the day her world falls apart. Her daughter is born beautiful and healthy, but no one can help noticing the African American traits in her appearance. Dana’s husband, to her great shock and dismay, begins to worry that people will think Dana has had an affair.
The only way to repair the damage done is for Dana to track down the father she never knew and to explore the possibility of African American lineage in his family history. Dana’s determination to discover the truth becomes a poignant journey back through her past and her husband’s heritage that unearths secrets rooted in prejudice and fear.
Barbara Delinsky’s Family Tree is an utterly unforgettable novel that asks penetrating questions about race, family, and the choices people make in times of crisis—choices that have profound consequences that can last for generations.

“The old and illustrious New England Clarke family has a new member and she is not what the family envisioned. Elizabeth Clarke, a beautiful daughter born to Hugh and Dana, possesses definite African-American traits, leaving the parents puzzled and the extended Clarke family scandalized. Now, on what should be a joyous occasion, the birth of their first child, Hugh and Dana are struggling with issues of race, family, and trust. Delinsky often writes with insight about complex family matters, and here adds thought-provoking concerns about race in America to the mix in a novel that will stir debate and inspire self-examination.”
—Booklist

“Delinsky’s family saga explores how a white, upper-middle-class New England couple would react if the wife gave birth to an African-American baby. Delinsky vigorously takes on thorny racial assumptions and admirably allows her characters to acknowledge and correct their biases. Fail-safe delivery of an issues-packed story perfect for reading groups.”
—Kirkus Reviews

“When Dana and Hugh Clarke’s baby is born into their wealthy, white New England community, the baby’s unmistakably African-American features puzzle her thoroughly Anglo-looking parents. By the time the Clarkes have uncovered the tangled roots of their family trees, more than one skeleton has been unearthed, and the couple’s relationship – not to mention their family loyalty – has been severely tested. Delinsky smoothly challenges characters and readers alike to confront their hidden hypocrisies [while getting] the political and personal dynamics just right.”
—Publishers Weekly

“Loyal readers who have followed Barbara Delinsky’s writing for many years will not be surprised at the depth of characterization in FAMILY TREE. Delinsky’s latest is well suited for fans of the serious themed books of Jodi Picoult, Anita Shreve, and Jacquelyn Mitchard. Full of complex and fascinating family dynamics as its characters are forced to come to terms with issues such as faith, race and loyalty, FAMILY TREE is thought-provoking and memorable. After 26 years of publishing and 19 New York Times bestsellers, Delinsky will be ‘discovered’ by a new generation of readers.”
—BookPage

“Family Tree is warm, rich, textured, and impossible to put down.”
—Nora Roberts

“Delinsky delves deeper into the human heart and spirit with each new novel.”
—Cincinnati Enquirer