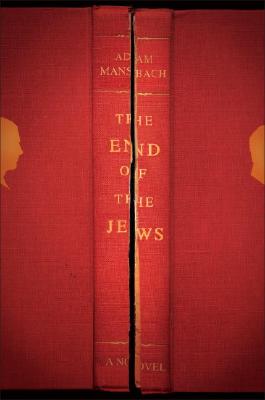 The End of the Jews (Hardcover)

The ruthlessly engrossing and beautifully rendered story of the Brodskys, a family of artists who realize, too late, one elemental truth: Creation’s necessary consequence is destruction.

Each member of the mercurial clan in Adam Mansbach’s bold new novel faces the impossible choice between the people they love and the art that sustains them. Tristan Brodsky, sprung from the asphalt of the depression-era Bronx, goes on to become one of the swaggering Jewish geniuses who remakes American culture while slowly suffocating his poet wife, who harbors secrets of her own. Nina Hricek, a driven young Czech photographer escapes from behind the Iron Curtain with a group of black musicians only to find herself trapped yet again, this time in a doomed love affair. And finally, Tris Freedman, grandson of Tristan and lover of Nina, a graffiti artist and unanchored revolutionary, cannibalizes his family history to feed his muse. In the end, their stories converge and the survival of each requires the sacrifice of another.

The End of the Jews offers all the rewards of the traditional family epic, but Mansbach’s irreverent wit and rich, kinetic prose shed new light on the genre. It runs on its own chronometer, somersaulting gracefully through time and space, interweaving the tales of these three protagonists who, separated by generation and geography, are leading parallel lives.


Praise For The End of the Jews…

Praise for The End of the Jews


"A writer bold enough for these times, Adam Mansbach delivers an amazing portrait of love, betrayal, despair and the surviving power of the human spirit. I enjoyed it immensely.”
- Bakari Kitwana, author of The Hip Hop Generation

"Adam Mansbach is a true talent, a Nathan Englander-meets-Gary Shteyngart kind of talent, and his new book is a masterwork of the Jewish arts of humor and sadness."
-Darin Strauss, bestselling author of Chang and Eng


"As Czeslaw Milosz famously said, 'When a writer is born into a family, the family is finished,' but Adam Mansbach takes this notion to new extremes in this smart, moving novel. The Jews of The End of the Jews are sometimes tough, sometimes nerdy, sometimes needy and sometimes Czech, but they are always fascinating, and their quests to reconcile personal ambition and collective identity make for scorching drama."
-Sam Lipsyte, author of Home Land

“When I hear the words multigenerational Jewish epic, I reach for my yarmulke. But Mansbach sees something else here, and his novel about the
long, complex history of Jews and blacks in this country makes for much tougher and less gooey reading than we are used to. And it makes the
generation of our grandfathers--and our own generation--seem a lot less saintly and gooey as well. I don't love us any less, and neither does
Mansbach, but I know us better now for what we are. This is a heartfelt, truthful book.”
-Keith Gessen, author of All the Sad Young Literary Men

“Few writers tackle a story with as much sheer vigor as Adam Mansbach. Replete with sorrow, humor, and furious energy, The End of the Jews is an unflinching novel of hard truth.”
–Peter Orner, author of Esther Stories

“Mansbach’s prose is a pleasure to read. Witty, gritty, often melodic, it rolls unapologetically through a well-sustained balance of crass and polished, real and imaginary, dramatic and humorous. The characters are round, rich, complex, and intense…As a provocative, masterly written exploration of cultural identity, it rightfully earns itself a place on shelves and coffee tables worldwide.”