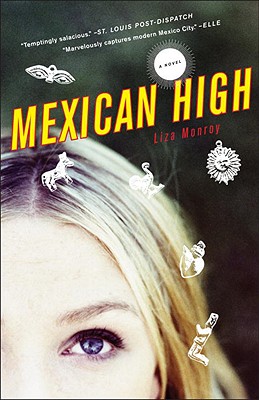 The daughter of an American diplomat, Mila has spent her childhood moving from country to country. When her mother is reassigned to Mexico City for Mila’s senior year of high school, Mila has no idea what to expect. Mexico seems to be a country with the ultimate freedoms: the wealthy students at her private international school—the sons and daughters of Mexico’s ruling class—party hard at exclusive clubs, dress in expensive clothing, and see more of their housekeepers than they do of their globe-trotting parents. But Mila has more in common with them than they know: her father, whose identity has been kept from her, is a high-ranking politician with whom Mila’s mother had a one-night stand in her hippie days. Now Mila is determined to discover who he is, whatever the cost may be.

Mexican High is a coming-of-age story about identity, belonging, and first love. In a setting rife with sex, drugs, and political corruption, it is also a revealing look at elite Mexican society and its freedoms, dangers, and excesses. Monroy’s flawless evocation of the brink of adulthood, in many ways mirrored by the turmoil of Mexico City itself, makes this a truly memorable debut.

Praise For Mexican High: A Novel…

“Liza Monroy, wise beyond her years, brilliantly portrays the highs and lows and loves of school life, the episodes we’ve all experienced and never forget. Spirited, harrowing, and utterly compelling, Monroy’s captivating voice will be with you long after you’ve finished reading.”
—Oscar Hijuelos, Pulitzer Prize–winning author of The Mambo Kings Play Songs of Love

“Liza Monroy’s coming of age story set in Mexico manages to be hot, hilarious, and heartbreaking—all at the same time. A stunning debut.”
—Susan Shapiro, author of Lighting Up and Five Men Who Broke My Heart

“Liza Monroy has a magical voice, the kind that makes you want to read the next sentence and then the one after that to see what turn her writing will take next. She is observant, funny, and curiously wise about the culture we live and flounder in.”
—Daphne Merkin, author of Dreaming of Hitler and Enchantment

Liza Monroy, the daughter of a U.S. Foreign Service officer, spent her high school years attending an international school in Mexico City. Her articles and essays have appeared in The New York Times, The Los Angeles Times Magazine, Newsweek, The Village Voice, Time Out New York, Jane, and other publications, and she was recently awarded a residency by the Kerouac Project of Orlando. She lives in New York City.
Loading...
or
Not Currently Available for Direct Purchase