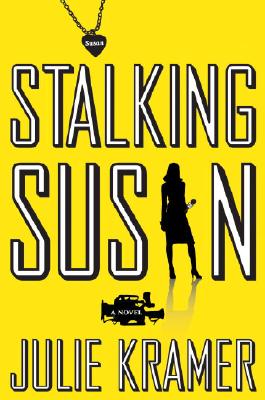 Inside the desperate world of TV ratings, an investigative reporter discovers that a serial killer is targeting women named Susan and killing one on the same day each year.

Television reporter Riley Spartz is recovering from a heartbreaking, headline-making catastrophe of her own when a longtime police source drops two homicide files in her lap in the back of a dark movie theater. Both cold cases involve women named Susan strangled on the same day, one year apart. Last seen alive in one of Minneapolis’s poorest neighborhoods, their bodies are each dumped in one of the city’s wealthiest areas. Riley senses a pattern between those murders and others pulled from a computer database of old death records. She must broadcast a warning soon, especially to viewers named Susan, because the deadly anniversary is approaching.
But not just lives are at stake— so are careers.
November is television sweeps month, and every rating point counts at Channel 3. Riley must go up against a news director who cares more about dead dogs than dead women, a politician who fears negative stories about serial killers will hurt the city’s convention business, and the very real possibility that her source knows more about the murders than he is letting on.
When Riley suspects the killer has moved personal items from one victim to the next as part of an elaborate ritual, she stages a bold on-air stunt to draw him out and uncovers a motive that will leave readers breathless.

“Stalking Susan is a fantastic debut. Julie Kramer has crafted a thriller that will get your heart racing.” —Vince Flynn

“Julie Kramer knows both the TV newsroom and the art of telling a rocking good story. Stalking Susan is chilling, twisty, and clever.” —Kathy Reichs

“Tough, edgy, filled with sharply drawn characters from the world of television news, Stalking Susan grips you from the beginning with its fast, compelling action, its mystery and, not least, with its intriguing heroine.” —John Sandford

“Julie Kramer has written a serial killer novel I found too scary to read after dark, too poignant to read without crying, and too gripping to put down. I was also glad my name isn’t Susan. A dashing debut with wit, pace, depth of character and a fascinating look inside the world of television news.” —Harley Jane Kozak