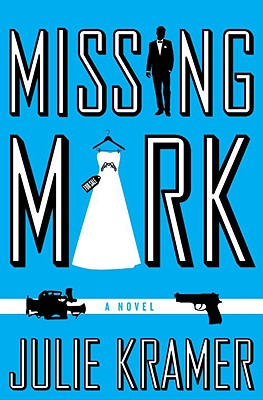 In this page-turning sequel to Stalking Susan, TV reporter Riley Spartz pursues a curious story of a bride left at the altar and finds herself caught in a dangerous missing-person case.


When Riley Spartz sees a want ad reading “Wedding Dress for Sale: Never Worn,” her news instincts tell her that the backstory might make an intriguing television sweeps piece.

The groom, Mark, last seen at the rehearsal dinner, never showed up for the wedding, humiliating his bride, Madeline—and her high-strung, high-society mother—in front of 300 guests. His own mother, eager to spare him further embarrassment, waited weeks before filing a missing-person report and then learned how difficult it is to get police, or the media, interested in missing men.

Now Riley is up against a boss who thinks that finding a famed missing fish will net the station higher ratings, a meth cartel trying to assassinate a K-9 dog because of his powerful nose for drugs, and a neighbor who holds perpetual garage sales that attract traffic at odd hours.

When her missing-person case leads to a murder investigation, Riley discovers a startling motive for Mark's disappearance—and a TV exclusive guaranteed to win the ratings . . . if she lives to report it.

"Every bit as entertaining as her first [book], and even more intriguing... Kramer fills the book with wonderful characters and a story that never quits. A new star in the mystery skies, Kramer will be one to watch as she gets better with each book." —Crimespree

"The twists and turns keep the adrenaline racing." —Library Journal

“A fast pace, a smart heroine, and fresh voice. Julie Kramer has what it takes to keep readers turning pages.” —Tami Hoag

“Riley Spartz is a classic spunky investigator. She'll have readers cheering for her gutsy determination to stop the killings—and boost her ratings.” —USA TODAY

"Truly scary, no matter what your name is." —People

"Dazzling debut...Readers who enjoy novels by authors like Janet Evanovich will soon be stalking Julie Kramer—on the bookstore shelves, that is."  —Chicago Tribune

“Kramer writes with heart and pizzazz. Her past as a TV producer lends authority to an entertaining story. ” —Kirkus

"Stalking Susan is a fantastic debut. Julie Kramer has crafted a thriller that will get your heart racing." —Vince Flynn

"Julie Kramer knows both the TV newsroom and the art of telling a rocking good story. Stalking Susan is chilling, twisty, and clever." —Kathy Reichs

"Tough, edgy, filled with sharply drawn characters from the world of television news, Stalking Susan grips you from the beginning with its fast, compelling action, its mystery and, not least, with its intriguing heroine.” —John Sandford

"Julie Kramer has written a serial-killer novel I found too scary to read after dark, too poignant to read without crying, and too gripping to put down. I was also glad my name isn’t Susan. A dashing debut with wit, pace, depth of character, and a fascinating look inside the world of television news." —Harley Jane Kozak

JULIE KRAMER is the author "Stalking Susan." She's currently a freelance network news producer. Prior to that, she was a national award-winning television investigative producer at WCCO-TV in Minneapolis. She lives with her husband and sons in White Bear Lake, Minnesota.
Loading...
or
Not Currently Available for Direct Purchase