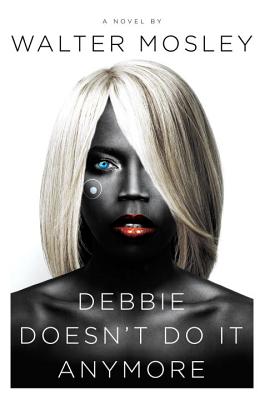 Debbie Doesn't Do It Anymore

Praise For Debbie Doesn't Do It Anymore…

Praise for DEBBIE DOESN'T DO IT ANYMORE:

"This could be the best thing Mosley has written in years, a deeply affecting story of a woman whose determination to pull herself out of one life and into another is tested almost to its limits by things she can't control—until she finds a way to control them...[Mosley is] back at the top of his game here."
—Booklist, starred review


"The premise is jarring, yet Mosley is able to pain a picture of ordinary people. He shows the humanity of the characters despite their flaws."
—Library Journal

WALTER MOSLEY is the author of forty-two books, most notably eleven Easy Rawlins mysteries, the first of which, "Devil in a Blue Dress," was made into an acclaimed film starring Denzel Washington. "Always Outnumbered" was an HBO film starring Laurence Fishburne, adapted from his first Socrates Fortlow novel. A native of Los Angeles and a graduate of Goddard College, he holds an MFA from CCNY and lives in Brooklyn, New York. He is the winner of numerous awards, including an O. Henry Award, a Grammy Award, and PEN America's Lifetime Achievement Award.
Loading...
or
Not Currently Available for Direct Purchase