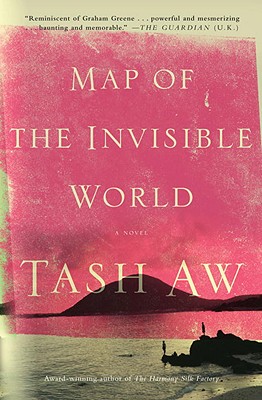 Map of the Invisible World

From the author of the internationally acclaimed, award-winning The Harmony Silk Factory comes an enthralling new novel that evokes an exotic yet turbulent and often frightening time and place. Map of the Invisible World is the masterly, psychologically rich tale of three lives indelibly marked by the past—their own and Indonesia's.

Sixteen-year-old Adam is an orphan three times over. He and his brother, Johan, were abandoned by their mother as children; then Adam watched as Johan was adopted and taken away by a wealthy couple; and now Adam is hiding because Karl, the man who raised him—and who is Dutch but long ago turned his back on the country of his ancestors—has been arrested by soldiers during Sukarno's drive to purge 1960s Indonesia of its colonial past.

All Adam has to guide him in his quest to find Karl are some old photos and letters, which send him to the colorful, dangerous capital, Jakarta, and to Margaret, an American whose own past is bound up with Karl's. Soon both have embarked on journeys of discovery that seem destined to turn tragic.

Woven hauntingly into this page-turning story is the voice of Johan, who is living a seemingly carefree, privileged life in Malaysia, but one that is careening out of control as he struggles to forget his long-ago betrayal of his helpless, trusting brother.

Map of the Invisible World confirms Tash Aw as one of the most exciting young voices on the international literary scene.


Praise For Map of the Invisible World…

A book full of immense intelligence and empathy . . . a complex drama of private relationships . . . While Aw's prose remains as luminous as in his debut novel . . . there is greater emotional heft in his new work . . . reaching an unbearably moving climax."—Time

"A worthy successor to The Harmony Silk Factory . . . Aw handles both political upheaval and the personal trauma it generates with considerable skill and verve. . . . His prose is vividly lyrical. . . . Clearly, Aw has bags of talent."—The Independent, UK

"Buoyant, limber, confidently told . . . Long before its cliffhanger ending, what is revealed is a book embodying huge ambition, jostling with love, betrayal and guilt, all set poignantly and subtly against the politics of turmoil in post-colonial Indonesia circa 1964."—The Scotsman

"Breathtaking . . . Map of the Invisible World drops you on the streets of Jakarta and floods your senses with impending doom."—Toronto Star

"This exquisite and haunting second novel from Aw follows a vibrant cast searching for a sense of home during the political upheaval of 1960s Indonesia…Well-paced and gorgeously written, this epic story of loss and identity mirrors the struggles of the young Indonesia in which it takes place."—Publishers Weekly, starred review

Tash Aw's debut novel, The Harmony Silk Factory, was the winner of the Whitbread First Novel Award and the Commonwealth Writers' Prize for Best First Novel and was longlisted for the Man Booker Prize. Malaysian by birth, he now lives in London.