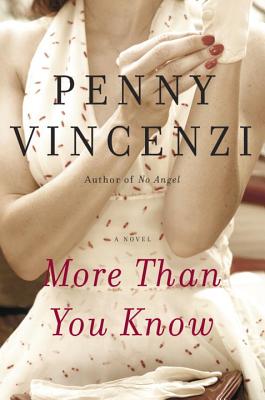 More Than You Know

It all comes down to love or money in a harrowing custody battle over a little girl, set against the glossy backdrop of the magazine and advertising worlds in 1960s London.

A privileged girl from a privileged class, Eliza has a dazzling career in the magazine world of the 1960s. But when she falls deeply in love with Matt, an edgy working-class boy, she gives up her ritzy, fast-paced lifestyle to get married.

By the end of the decade, however, their marriage has suffered a harrowing breakdown, culminating in divorce and a dramatic courtroom custody battle over their little girl. Also at risk is Eliza's gorgeous family home, a pawn in the game, which she can't bear to give up.

True to form, Penny Vincenzi introduces a devious cast of characters seemingly plucked from the pages of sixties- and seventies-era magazines, as she deftly maneuvers between the glamorous, moneyed worlds of fashion and advertising, and a heart-wrenching custody battle going on in the courtroom where the social mores of the time are on full display.

Praise For More Than You Know…