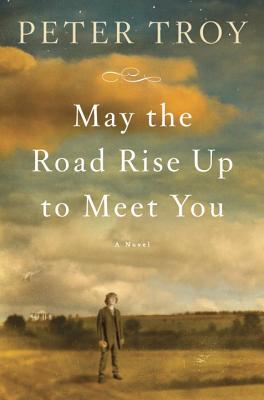 May the Road Rise Up to Meet You

An engrossing, epic American drama told from four distinct perspectives, spanning the first major wave of Irish immigration to New York through the end of the Civil War.

Four unique voices; two parallel love stories; one sweeping novel rich in the history of nineteenth-century America. This remarkable debut draws from the great themes of literature—famine, war, love, and family—as it introduces four unforgettable characters. Ethan McOwen is an Irish immigrant whose endurance is tested in Brooklyn and the Five Points at the height of its urban destitution; he is among the first to join the famed Irish Brigade and becomes a celebrated war photographer. Marcella, a society girl from Spain, defies her father to become a passionate abolitionist. Mary and Micah are slaves of varying circumstances, who form an instant connection and embark on a tumultuous path to freedom.

All four lives unfold in two beautiful love stories, which eventually collide. Written in gorgeous language that subtly captures the diverse backgrounds of the characters, and interspersed with letters, journals, and dreams, this unforgettable story, rendered in cinematic detail, is about having faith in life's great meaning amidst its various tangles.

Praise For May the Road Rise Up to Meet You…

Praise for MAY THE ROAD RISE UP TO MEET YOU


“This big tale takes us from the world of the Irish Famine to the American Civil War—a wonderful family saga of poignant history, thrilling action, and romance.  But what I like best of all is the way Peter Troy writes it: This book is rich, it’s warm, it’s got heart and it’s got guts.  I highly recommend it.”
—Edward Rutherfurd, New York Times bestselling author of New York: The Novel and The Rebels of Ireland


“Peter Troy weaves an epic tale of triumph and sorrow in the years before and during the war around the lives and voices of four individuals struggling to survive a world packed with noble hopes and chaotic events. Through the lives of Ethan, Marcella, Mary, and Micah, Troy reminds us again and again why the American Civil War remains the single most important moment in our history. Beautifully told, Troy has given us a story that will be with me for many years to come.”
—Robert Hicks, New York Times bestselling author of The Widow of the South and A Separate Country


“May the Road Rise Up to Meet You is a generous and sweeping Civil War saga about Southern slaves and newly arrived immigrants linked by a shared desire for abolition and freedom. Ranging from the clawing hunger of the Irish Famine to the abusive captivity of South Carolina, from rough-and-tumble Five Points to the genteel streets of Richmond, Virginia, this affecting and moving tale links disparate lives of impressive integrity, suffering and triumph, and yields a deeply personal portrait of the immigrants who fought the war and the people they fought it for. A hopeful, magnanimous depiction of America at its most vulnerable.”
—Robin Oliveira, author of My Name is Mary Sutter, winner of the Shaara Prize for Excellence in Civil War Fiction

PETER TROY is a former journalist and high school history teacher. He lives in New York State, where he is at work on his next novel.


Society: Each of the four main characters is born into a situation where he or she is instructed in no uncertain terms to understand their “place”. Whether it is at the lowest or highest levels of the societal hierarchy, there are quite specific sets of instructions on how to properly behave so as not to place themselves outside the realm of normalcy.

The “Great Hunger” (also called the “Potato Famine”) in Ireland is a generally misunderstood period in history, often being left out completely from American textbooks or covered only for the impact it had on Irish immigration to America. It is estimated that more than one million deaths could be attributed to disease and starvation between the years of 1846-1851, and between death and emigration, Ireland’s population decreased by fully 20% during those few years.

The issue of race has been a contentious one in American society, politics and culture from the very early days of the Colonial Age until the present day, often impacting the portrayal of different characters in film and literature through a stereotypical lens.

The author has said that the book, while set amidst the backdrop of great historical moments, is at its core about faith.