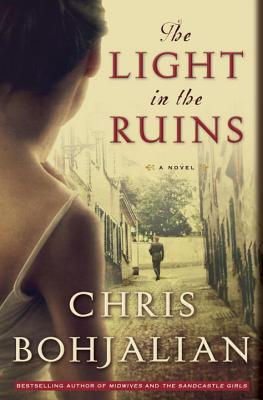 The Light in the Ruins


"A mystery that reminds us of the harrowing choices World War II forced on so many. Beautifully structured, written with restrained intensity and suspenseful to the end, this is both a satisfying mystery and a gut-wrenching account of moral dilemma in a time of moral struggle."
—People, 4 Stars

Chris Bohjalian is the critically acclaimed author of sixteen books, including the "New York Times" bestsellers "The Sandcastle Girls, Skeletons at the Feast, The Double Bind, "and "Midwives." His novel "Midwives" was a number one "New York Times "bestseller and a selection of Oprah's Book Club. His work has been translated into more than twenty-five languages, and three of his novels have become movies" (Secrets of Eden, Midwives," and "Past the Bleachers"). He lives in Vermont with his wife and daughter. Visit him at www.chrisbohjalian.com or on Facebook.
Loading...
or
Not Currently Available for Direct Purchase