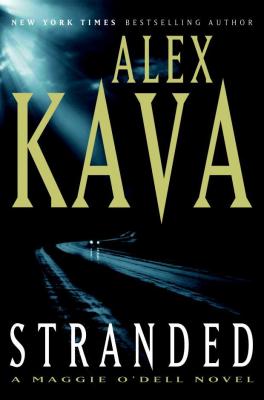 Tired travelers and weary truckers have stopped at rest areas on the nation's highways for decades to refuel, grab a bite, and maybe get some shut-eye, but one man's rest stop is another's hunting ground. For decades the defenseless, the weary, and the stranded have disappeared along the highways and byways, vanishing without a trace, but these seemingly unconnected incidents are no coincidence, and a madman stalks the freeways.

When FBI special agent Maggie O'Dell and her partner, Tully, discover the remains of a young woman in a highway ditch, the one clue left behind is a map that will send Maggie and Tully on a frantic hunt crisscrossing the country to stop a madman before he kills again.

As the body count rises and Maggie races against the clock to unmask the monster who's terrorizing the nation's highways, she turns to a former foe for help since he seems to know just what the killer's next move will be. As she gets closer to finding the killer, it becomes eerily clear that Maggie is the ultimate target.

"In her eleventh Maggie O’Dell entry, Kava shows mastery in constructing a plot with nonstop action, covering a time span of just over a week, with suspense rising to a nearly unbearable level in a climax in the Florida backwaters. Maggie is indomitable – slogging through mud or water in search of clues and perps, inured to the sight of decapitated or eviscerated bodies, cool in facing a canny killer – with a loyal supporting cast and hints of a new romantic interest. Prime escapism for thriller fans with strong stomachs.”
-Booklist, Starred Review

ALEX KAVA is the author of thirteen novels, including the internationally bestselling mystery series featuring FBI profiler Maggie O'Dell. Her novels have been published in over twenty countries around the world. She is a member of International Thriller Writers and divides her time between Omaha, Nebraska, and Pensacola, Florida.
Loading...
or
Not Currently Available for Direct Purchase