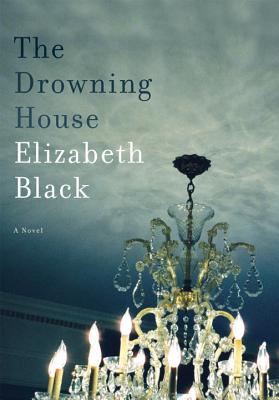 “There is a saying 'you can never go home again,' and Black explores this adage in her debut novel. Home is Galveston, Texas, and Clare Porterfield has not been there for 10 years. Wracked with guilt and grief over a personal loss that has torn her life apart, Clare is summoned back to Galveston and calls upon what little strength and fortitude she has to face her trip. Black beautifully explores the idea of going home by making Galveston the true main character of this novel that will make readers reflect on their own lives and wonder what it would be like to go home again.”
— Lynn Pellerito Riehl, Nicola's Books, Ann Arbor, MI
View the List

A gripping suspense story about a woman who returns to Galveston, Texas after a personal tragedy and is irresistibly drawn into the insular world she’s struggled to leave.

Photographer Clare Porterfield's once-happy marriage is coming apart, unraveling under the strain of a family tragedy. When she receives an invitation to direct an exhibition in her hometown of Galveston, Texas, she jumps at the chance to escape her grief and reconnect with the island she hasn't seen for ten years. There Clare will have the time and space to search for answers about her troubled past and her family's complicated relationship with the wealthy and influential Carraday family.

Soon she finds herself drawn into a century-old mystery involving Stella Carraday. Local legend has it that Stella drowned in her family's house during the Great Hurricane of 1900, hanged by her long hair from the drawing room chandelier. Could Stella have been saved? What is the true nature of Clare's family's involvement? The questions grow like the wildflower vines that climb up the walls and fences of the island. And the closer Clare gets to the answers, the darker and more disturbing the truth becomes.

Steeped in the rich local history of Galveston, The Drowning House portrays two families, inextricably linked by tragedy and time.

"The Drowning House marks the emergence of an impressive new literary voice. Elizabeth Black's suspenseful inquiry into dark family secrets is enriched by a remarkable succession of images, often minutely observed, that bring characters, setting, and story sharply into focus." —John Berendt, author of Midnight in the Garden of Good and Evil


Praise For The Drowning House…

"The Drowning House marks the emergence of an impressive new literary voice. Elizabeth Black's suspenseful inquiry into dark family secrets is enriched by a remarkable succession of images, often minutely observed, that bring characters, setting, and story sharply into focus." —John Berendt, New York Times bestselling author of Midnight in the Garden of Good and Evil

"A spellbinding debut novel, a story of secrets, loss and the redemptive power of truth ... Black’s luxurious prose makes Galveston into a dark, fading fairy-tale world, and her descriptions of Clare’s internal strife reveal a keen insight into the human condition that eludes many more seasoned novelists. A page-turning chronicle of grief and memory, The Drowning House is a remarkable blend of human drama and satisfyingly Southern Gothic mystery, propelled by Black’s lyrical, haunting narration." —Bookpage

"A fine debut ... Black mythologizes this landscape, evoking its essence and that of its inhabitants, creating a novel that is far more than the sum of its parts." —Publishers Weekly, starred review

"Engrossing ... A multigenerational, thrillingly evocative and witty novel ... Black excels at summoning the unique culture of Galveston, its tragic past and scruffy present." —The Dallas Morning News

"Black does an excellent job of luring the reader on with hints here and little bits of information there ... An engrossing story of perception and context, with an appealing heroine and a fascinating setting." —Fredericksburg Free Lance-Star

"Prepare to be lost in Elizabeth Black's Galveston. Strange, mysterious, and utterly riveting, The Drowning House is a captivating mystery as well as a beautifully realized story about grief that skillfully evokes the heat, humidity, and languid desire that pervade Gulf Coast life." —Michelle Richmond, New York Times bestselling author of The Year of Fog

"As dark and gleaming as a ruby, Elizabeth Black’s suspenseful debut limns the slippery nature of truth surrounding a shocking tragedy, with language so exquisite you’ll be underlining phrases." —Caroline Leavitt, New York Times bestselling author of Pictures of You

"Black, a poet, takes great care to construct each paragraph to reflect the complicated physical and emotional landscape of Clare's hometown ... A novel that encapsulates the convoluted machinations of a powerful family within the larger context of a society that supports its own, no questions asked." —Minneapolis Star Tribune

"A dark, addictive and compelling tale of Galveston Island. It builds to a stunning climax that keeps you reading compulsively to the end." —Galveston Daily News

Elizabeth Black was born and raised in Providence, Rhode Island and now lives in Houston, Texas. "The Drowning House" is her first novel.

The Drowning House opens with two quotes, one from The Dallas Times Herald in 1966 and the other from famed American photographer Walker Evans. How do these quotes set the stage for what transpires in the novel? Why do you think the author chose them?

In Chapter Thirty, Clare states, “I had always believed that because I viewed the world through the lens of my camera, because I looked at things in ways others didn’t, I saw more. Now I understood that I failed to perceive what other(s)…registered at once.” What did you make of this realization on Clare’s part? Is photography a way for her to remain detached from her life?

Talk about Clare and some of the other main characters. What were your impressions of her, or Eleanor, or Will? Did your feelings about these characters change over the course of the novel?

Grief and the different ways in which people deal with grief, is a major thread that runs throughout the novel. What insights did you gain from the novel about this complicated process?

Why do you think Clare held onto her memories of Patrick so tightly? What fueled her desire to connect with him once more?

Consider the legend of Stella Carraday and the truth about her life. Are there parallels to be drawn between Stella and any of the book’s modern-day characters? If so, how do they enhance the reading experience?

Along the lines of the above question, what are the differences between history and legend? Does a little bit of history always exist in a legend, or vice-versa?

Did you know much about the Galveston Storm of 1900 before reading The Drowning House? Why do you think the author chose this event as a backdrop for her story?

Almost every character in the book has a secret. Talk about the role secrets and secrecy play in The Drowning House.