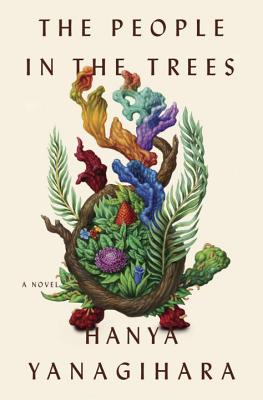 
Praise For The People in the Trees…

"One of the year's best books...Driven by Yanagihara's gorgeously complete imaginary ethnography on the one hand and, on the other, by her brilliantly detestable narrator, this debut novel is compelling on every level—morally, aesthetically, and narratively."
—Publishers Weekly, Starred Review

"[The People in the Trees] is exhaustingly inventive and almost defiant in its refusal to offer redemption or solace—but that is arguable one of its virtues. As for Yanagihara, she is a writer to marvel at."
—The New York Times Book Review

"The People in the Trees is a haunting story of moral absolutes confounded by a seemingly empirical understanding of the merciless caprices of nature...A standout novel, a debut as thrilling as it is disturbing."
—The Wall Street Journal

"The People in the Trees is a multi-layered novel. It provokes discussions about science, morality and our obsession with youth. But it's also a deeply satisfying adventure story with a horrifying conclusion."
—Chicago Tribune

"The People in the Trees is flawlessly paced and deeply nuanced—a gorgeous, meaty novel that is spellbinding, scandalous and supremely satisfying."
—BookPage

"Whether you find yourself to be a champion of Perina's bold ideas or horrified by his actions or—more realistically—feel a measure of both, Yanagihara's twisted, audacious tale is as gripping as they come."
—Bustle.com

“The People in the Trees is a Nabokovian phantasmagoria, bound to raise serious, interesting, troubling questions.  Hanya Yanagihara is a writer to watch."
—Madison Smartt Bell, author of The Color of Night and All Souls’ Rising

“The People in the Trees is not a first novel like other first novels. This is a big, soaring, old-school, super-absorbing vehicle into another world. It’s a mystery story, an ecological parable, a monstrous confession, and a fascinating consideration of moral relativism. Yanagihara’s narrator is misanthropic and grotesque, yet simultaneously magnetic; her prose is dazzling; and her book is a triumph of the imagination.
—Anthony Doerr, author of Four Seasons in Rome and The Shell Collector

"This is an engrossing, beautifully detailed, at times amazing (and shocking) novel, and right up my alley: a far-off and beautiful place in the Pacific, islanders living to their own drumbeat, earnest meddling outsiders, and a sticky outcome—the Fall, with a lot of science and passion behind it, and an impressive debut for Hanya Yanagihara. I loved this book.”
—Paul Theroux, author of The Lower River and The Great Railway Bazaar

Formerly a member of the Vintage publicity department, Hanya Yanagihara is an editor-at-large at "Conde Nast Traveler." She lives in New York City.
Loading...
or
Not Currently Available for Direct Purchase