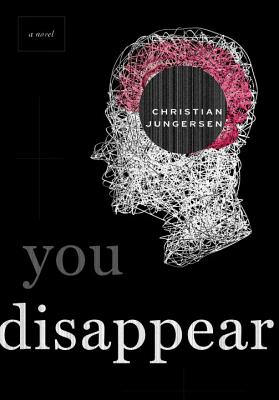 Mia is a schoolteacher in Denmark. Her husband, Frederik, is the charismatic headmaster of a local private school. During a vacation on Majorca, they discover that a brain tumor has started to change Frederik's personality. As it becomes harder and harder for Mia to recognize him, she must protect herself and their teenage son from the strange, blunted being who now inhabits her husband's body—and with whom she must share her home, her son, and her bed.

When millions of crowns go missing at the private school, Frederik is the obvious culprit, and Mia's private crisis quickly draws in the entire community. Frederick's new indifference and lack of inhibition rupture long-standing friendships, isolating Mia and making her question who Frederik really is. Was the tumor already affecting him during the years they had been so happy together? And does it excuse Frederik from fraud?

Mia enlists the help of a lawyer named Bernhard, whom she meets in a support group for spouses of people with brain injuries. As they prepare Frederik's defense, the two of them wrestle with the latest brain research, the age-old question of free will—and their growing attraction to each other.


Praise For You Disappear…

"Punchy and provocative ... the difference of this tensely executed thriller is that its unreliability seems less like a literary device than a hard, biological fact."
—Wall Street Journal

"Good books leave an impression. Great books forever alter the way you think about what it means to be alive. You Disappear is not just a well-told story, but a dramatic recalibrating of what it means to have a mind—and a soul."
—Dara Horn

CHRISTIAN JUNGERSEN's first novel, "Undergrowth," won the Best First Novel Award in Denmark in 1999 and became a bestseller. His next novel, "The Exception," won two of Denmark's highest literary awards, remained on the bestseller list there for nearly two years, and has been published in twenty countries. He lives in Malta.
Loading...
or
Not Currently Available for Direct Purchase