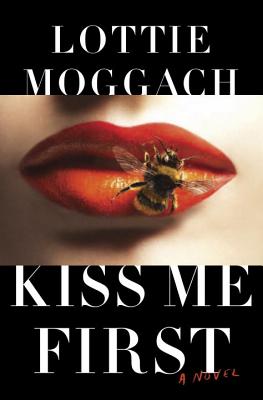 A chilling and intense first novel, the story of a solitary young woman drawn into an online world run by a charismatic web guru who entices her into impersonating a glamorous but desperate woman.

When Leila discovers the Web site Red Pill, she feels she has finally found people who understand her. A sheltered young woman raised by her mother, Leila has often struggled to connect with the girls at school; but on Red Pill, a chat forum for ethical debate, Leila comes into her own, impressing the Web site's founder, a brilliant and elusive man named Adrian. Leila is thrilled when Adrian asks to meet her, flattered when he invites her to be part of "Project Tess." Tess is a woman Leila might never have met in real life. She is beautiful, urbane, witty, and damaged. As they e-mail, chat, and Skype, Leila becomes enveloped in the world of Tess, learning every single thing she can about this other woman—because soon, Leila will have to become her. An ingeniously plotted novel of stolen identity, Kiss Me First is brilliantly frightening about the lies we tell—to ourselves, to others, for good, and for ill.


Praise For Kiss Me First…

"The first great internet novel . . . More than just a book about an early 21st-century lifestyle . . . Lottie Moggach’s mordantly well-observed debut, Kiss Me First . . . could be the first great novel about the way the internet has become a part of our lives, what it means, and how it has fundamentally altered the way we get along with each other . . . A gripping psychological novel." —Daily Beast

"A young rationalist named Leila narrates Lottie Moggach’s smart, absorbing debut Kiss Me First, which explores the nature of real and virtual relationships . .  Kiss Me First will attract readers with its up-to-the-minute Internet plot, but will keep them through its character-driven focus, psychological depth and fresh narrator. Moggach burrows into these characters’ heads so thoroughly that if anyone could pull off an online impersonation, she could." —Dallas News

“It’s the story’s everyday believability that makes Kiss Me First so chilling . . . As Leila becomes more and more fixated on her Internet persona, Moggach sucks us into the rabbit hole of her dangerous obsession with deftly timed twists and memorable characters.” —Entertainment Weekly, A-

“Moggach’s debut draws the reader into a . . . bizarre game of chance and deceit. . . . Moggach has drawn a young woman who is convincingly naïve in the ways of the world and incapable of making good decisions. The story crackles with tension . . . A sexy psychological thriller.” —Kirkus

“Moggach’s impressive debut, a gripping psychological thriller, is all the more disturbing for its plausibility. . . . Moggach’s skill in plotting means readers won’t anticipate the twists and turns built into the story, making for an intensely enjoyable reading experience. Memorable and fast-moving.” —Publishers Weekly (starred review)

"Fast-paced . . . a thriller that cuts to the quick as it explores the seductive power and limitations of a life lived online.
—Gemma Kappala-Ramsamy, The Observer

“You can't exactly call Lottie Moggach's debut, Kiss Me First, a high-tech thriller. The mousy protagonist, Leila, isn't the hacker Lisbeth Salander is — she does most of her damage via Facebook and email. But it's the story's everyday believability that makes Kiss Me First so chilling. Leila, who's recently lost her only friend — her mother — is thrilled when a charismatic Web guru taps her to carry out an odd task: becoming the online presence of Tess, an alluring, disturbed real woman who wants to kill herself without her friends and family knowing. As Leila becomes more and more fixated on her Internet persona, Moggach sucks us into the rabbit hole of her dangerous obsession with deftly timed twists and memorable characters. A-”
—Stephan Lee, Entertainment Weekly

“Kiss Me First has deft, expert writing, a startlingly original plot, and two central characters—cerebral, sheltered, obsessive Leila and charismatic, unstable Tess—who leap off the page. This is a dark, disturbing, needle-sharp exploration of how the internet age is transforming our idea of reality and identity.” —Tana French, author of In The Woods and Broken Harbor

“Lottie Moggach’s very smart Kiss Me First is a moving coming of age story hidden within a harrowing mystery. Moggach explores a lot of dark territory—suicide, alienation, innocence betrayed—yet somehow she’s managed to write an unexpectedly warm-hearted novel. The book is narrated by Leila, a modern-day feral child, raised not by wolves or bears but the Internet. We watch as she makes her way in from her personal wilderness and teaches herself how to be human—how to know what love is, for instance, without first needing to Google it. The story’s suspense will keep you reading, but it’s Leila’s surprisingly emotional journey toward selfhood that will stick with you long after you’ve finished this wonderful first novel.” —Scott Smith, author of A Simple Plan and The Ruins

“With Leila, Lottie Moggach walks a wonderful line between sympathy and horror. Riveting and thought-provoking, Kiss Me First is the intelligent novel of the social media age I’ve been waiting for.” —Emma Chapman, author of How to Be a Good Wife

“A brave, poignant and humane novel about society’s taboos—and the cost of breaking them. Lottie Moggach has put her finger to the pulse of our times.” —Liz Jensen, author of The Rapture

“A high-concept novel that really convinces and delivers. I was gripped from the first page, moved throughout, and swallowed the book whole.” —Erin Kelly, author of The Poison Tree and The Burning Air

A London native from a family of acclaimed writers, LOTTIE MOGGACH attended Sussex University before she began a career in journalism at "The Times." There, she worked as a feature writer, book reviewer, and columnist for several years. She currently publishes in a variety of newspapers and magazines including "Financial Times, Time Out, Elle, GQ, " and others. "Kiss Me First" is her first novel.
Loading...
or
Not Currently Available for Direct Purchase