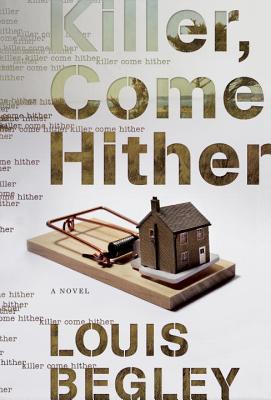 From the master observer of upper-crust New York life comes a sly, pacey international thriller ranging from the suites of an elite Manhattan law firm to the tidy elegance of Sag Harbor and the rough and tumble western plains of Brazil.

Jack Dana, a star history student at Yale with a bright future in academia, feels called to military service after 9/11. His career as a Marine infantry platoon leader is cut short by sniper fire that sends him to Walter Reed Hospital, where he begins writing a novel about his wartime experiences. Helping Jack through recovery is his uncle Harry, Jack’s surrogate father and a partner in a leading New York law firm. Harry’s connections secure Jack a publisher. His work is critically and commercially successful. Life after Afghanistan is falling into place, and a three-month trip to South America seems a fitting reward. But his return home is marred by shocking news: Uncle Harry is dead, hanged in his Sag Harbor summer home, clearly a suicide.

Horrified and incredulous, Jack digs into the facts surrounding his uncle’s death. Aided by Harry’s most trusted associate, Kerry Black, and by his college friend Scott Prentice, who now works for the CIA, Jack discovers that Harry had pierced the secret of his most important client, Abner Brown, a right-wing multibillionaire notorious for backing extremist causes. The stakes and dangers are huge. Harry’s death now seems anything but a suicide.

Delays of law are not for Jack when it comes to avenging his uncle. He takes matters into his own hands. Louis Begley’s taut, intelligent thriller takes readers from the knotty politics of New York law firms to the intimacy of life on the Long Island shore, all with his trademark wit and nuance.

"Begley writes clean, crisp, graceful prose, the kind that’s always rare and ever a blessing. Also, he sets his story in a world he knows well, that of Ivy League graduates and elite law firms, of people who inhabit the Upper East Side, enjoy Manhattan’s premier restaurants, patronize the ballet and opera and spend their weekends amid the pleasures of Long Island’s Sag Harbor. Begley evokes this world effortlessly because he knows it inside out."
—Washington Post

"A stealthy, page-turning thriller ... all admirers of crisp prose and taut plotlines will gladly follow Jack on his deadly quest to circumvent the law."
—Booklist

"Begley’s luminous prose never falters. This novel is, in short, a treat for the reader of fine fiction, a reader who just might admit, just once, to thoroughly enjoying a thriller."
—Hudson Valley News

Louis Begley’s previous novels are Memories of a Marriage, Schmidt Steps Back, Matters of Honor, Shipwreck, Schmidt Delivered, Mistler’s Exit, About Schmidt, As Max Saw It, The Man Who Was Late, and Wartime Lies, which won the PEN/Hemingway Award and the Irish Times/Aer Lingus International Fiction Prize. His work has been translated into fourteen languages. He is a member of the American Academy of Arts and Letters.