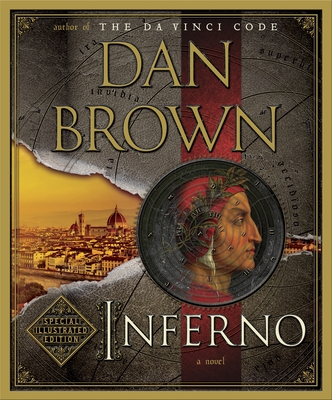 With the publication of his groundbreaking novels The Da Vinci Code, The Lost Symbol, and Angels & Demons, Dan Brown has become an international bestselling sensation, seamlessly fusing codes, symbols, art, and history into riveting thrillers that have captivated hundreds of millions of readers around the world. Now, with this stunning special illustrated edition of his record-setting Inferno, brought to life by more than 200 breathtaking color images, Dan Brown takes readers deep into the heart of Italy . . . guiding them through a landscape that inspired one of history’s most ominous literary classics.

“THE DARKEST PLACES IN HELL ARE RESERVED FOR THOSE WHO MAINTAIN THEIR NEUTRALITY IN TIMES OF MORAL CRISIS.”

DAN BROWN is the author of The Da Vinci Code, one of the most widely read novels of all time, as well as the international bestsellers The Lost Symbol, Angels & Demons, Deception Point, and Digital Fortress. He lives in New England with his wife.
Loading...
or
Not Currently Available for Direct Purchase