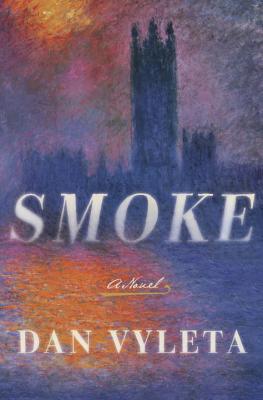 Readers of the Harry Potter series and Jonathan Strange and Mr. Norrell are sure to be mesmerized by Dan Vyleta’s thrilling blend of historical fiction and fantasy, as three young friends scratch the surface of the grown-up world to discover startling wonders—and dangerous secrets.

“Dan Vyleta writes with intricacy and imagination and skillful pacing; never once would I have considered putting his book down. In the manner of both a Dickens novel and the best young adult adventure stories (the Harry Potter series among them). . .his ending, which I wouldn’t dare reveal here, is a real firecracker.”—Jennifer Senior, The New York Times


Welcome to a Victorian England unlike any other you have experienced before.  Here, wicked thoughts (both harmless and hate-filled) appear in the air as telltale wisps of Smoke.

Young Thomas Argyle, a son of aristocracy, has been sent to an elite boarding school.  Here he will be purged of Wickedness, for the wealthy do not Smoke.  When he resists a sadistic headboy's temptations to Smoke, a much larger struggle beyond the school walls is revealed.  Shortly thereafter, on a trip to London, Thomas and his best friend witness events that make them begin to question everything they have been taught about Smoke.

And thus the adventure begins... You will travel by coach to a grand estate where secrets lurk in attic rooms and hidden laboratories; where young love blossoms; and where a tumultuous relationship between a mother and her children is the crucible in which powerful passions are kindled, and dangerous deeds must be snuffed out in a desperate race against time.

“Dan Vyleta writes with intricacy and imagination and skillful pacing; never once would I have considered putting his book down. In the manner of both a Dickens novel and the best young adult adventure stories (the Harry Potter series among them), the children run away together to uncover the dark secrets of the grown-up world . . .his ending, which I wouldn’t dare reveal here, is a real firecracker, and the lessons Mr. Vyleta wishes to impart are largehearted”
—Jennifer Senior, The New York Times

"Vyleta's Gothic YA fantasy is part Dickens, part dystopia and totally immersive; a book as eerie and atmospheric as its sooty muse."
—Entertainment Weekly's "Best Books of 2016 so far..."

“Compelling…a gloriously murky vision of the past. . . .[D]eliriously imagined. . . . Elusive and nebulous, this gas-lamp fantasy at time borders on steampunk through the grimy lens of a dystopian past.”
—NPR.org

“Vyleta has woven a powerful fictional spell, creating both an entire world (as believable as it is incredible) and a richly crafted cast of characters. It’s a unique and unforgettable reading experience.”
—National Post (Canada)

“A fiercely inventive novel . . . Vyleta’s bold concept and compelling blend of history and fantasy offer a provocative reflection on the nature of evil, power, believe, and love. Dickensian in its imaginative scope and atmosphere.”
—Publishers Weekly (Starred Review)

“Is it natural to think ‘bad’ thoughts, and if so, does that make it OK? Do people behave morally out of true goodness? Full of otherworldly adventure yet chilling in its realism, Smoke lures readers into considering these questions about society and ourselves.”
—Booklist (starred review)

“Dan Vyleta has conjured a rich and surprising counter-history, an England saturated with a substance so potent and evocative it vaults instantly into the pantheon that includes the Dust of Philip Pullman, the soma of George Orwell, and the opium of Amitavh Ghosh. Smoke is enthralling.”
—Robin Sloan, bestselling author of Mr. Penumbra's 24-Hour Bookstore

“Smoke is one of the most original and enthralling books I have read in a long time. I was immediately sucked in and then mesmerized enough that I read it in a rush. I think the book is absolutely stunning. I’ve told so many people about it, I feel like I should carry a bag of galleys around with me to hand out. I’ve refined my elevator pitch to: ‘Smoke is an addictive combination of thriller, fantasy, and historical novel, with a dash of horror. It’s chilling and complex and amazingly imaginative.’”
—Marilyn Dahl, Shelf Awareness

"Astonishing . . . It's filling in that gaping hole left by both Harry Potter and Philip Pullman's Northern Lights. Yes, really."
—Stylist