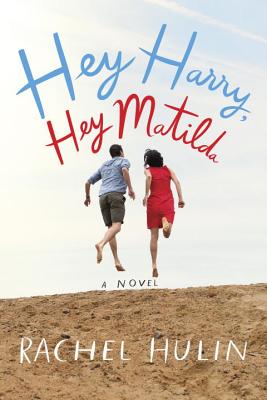 Hey Harry, Hey Matilda is the story—told entirely in hilarious emails—of fraternal twins Harry and Matilda Goodman as they fumble into adulthood, telling lies and keeping secrets, and finally confronting their complicated twinship.

Matilda Goodman is an underemployed wedding photographer grappling with her failure to live as an artist and the very bad lie she has told her boyfriend (that she has a dead twin). Harry, her (totally alive) brother, is an untenured professor of literature, anxiously contemplating his publishing status (unpublished) and sleeping with a student. When Matilda invites her boyfriend home for Thanksgiving to meet the family, and when Harry makes a desperate—and unethical—move to save his career, they set off an avalanche of shame, scandal, and drunken hot tub revelations that force them to examine the truth about who they really are. A wonderfully subversive, sensitive novel of romantic entanglement and misguided ambition, Hey Harry, Hey Matilda is a joyful look at love and family in all its forms.

RACHEL HULIN is a writer and photographer. Her personal essays and writing about photography have appeared in Rolling Stone, Nerve, Radar Magazine, Huffington Post, and The Daily Beast. Her photography book, Flying Henry, was released by PowerHouse Books in 2013. Her work has been shown at Jen Bekman Gallery, the Bronx Museum of the Arts, Wallspace Gallery, and the New York Photo Festival, among others. Hulin has lectured about her own work, professional practices, and about the role of social media in photography at ICP, SVA, Parsons, Brown University, RISD,and MIAD. Editorial photography clients include Martha Stewart Living, Country Living, Whole Foods Magazine, and Fitness Magazine. Hulin has a BA from Brown University and an MA from NYU. She is represented by ClampArt Gallery in New York. She lives with her husband and two children in Providence, Rhode Island.

"There is romance, intrigue and some really bad mistakes that the two find ways to make right... Rachel Hulin has a knack for letting things take shape." —Liz Klinkenberg, The Providence Journal

"Will totally change the way you read books... Charming and hilarious... Believe me, there is a major twist or two in store and the end." —E. Ce Miller, Bustle

"Laugh-out-loud funny… An entertaining caper and a thought-provoking look at family, memory, and the complexities of love." —Publishers Weekly

"Hilarious... Hulin’s razor-sharp and sardonic writing propels this page-turner to a resolution that is equal parts happy and disturbing. Fans of recent tragicomic epistolary novels like Maria Semple’s Where’d You Go, Bernadette and Cecilia Ahern’s Love, Rosie will find much to enjoy here." —Booklist

"This quick read can easily be devoured in one sitting, and a surprise twist will leave readers waiting for Hulin's next work." —Library Journal

"[A] charming epistolary novel for the digital age... With wit and finely tuned insights into the pressures of love, family and society, the author creates vibrant characters filled with palpable longings." —Kim Hubbard, People

"Inspired by the Instagram account of the same name, photographer Rachel Hulin turned her poetic captions into a compelling story." —Star Magazine

"Haunting and touching… hilarious. Hulin makes the most of her chosen form... [Harry and Matilda's] correspondences often include short stories, poems and diagrams, serving to break up their back-and-forth and allowing plot points to be revealed in more interesting ways." —Allison Chopin, New York Daily News
or
Not Currently Available for Direct Purchase
Copyright © 2020 American Booksellers Association