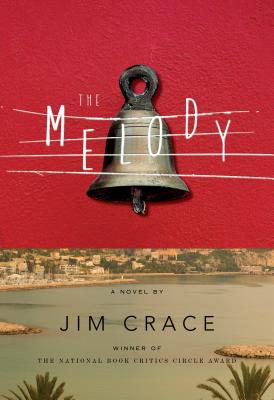 Alfred Busi lives alone in his villa overlooking the waves. Famed in his tiny Mediterranean town for his music, he is mourning the recent death of his wife and quietly living out his days. Then one night, Busi is viciously attacked by an intruder in his own courtyard—bitten and scratched. He insists his assailant was neither man nor animal.

Soon, Busi’s account of what happened is being embellished to fan the flames of old rumor—of an ancient race of people living in the surrounding forest. It is also used to spark new controversy, inspiring claims that something must finally be done about the town’s poor, whose numbers have been growing.

In trademark crystalline prose, Jim Crace portrays a man taking stock of his life and looking into an uncertain future, while bearing witness to a community in the throes of great change.

Praise For The Melody: A Novel…

"Superb . . . It felt as if the book itself had created an atmosphere around me, as if I'd entered its world involuntarily—and I wasn't surprised. That's how immersive Crace's latest trickster tale truly is."
—Bethanne Patrick, NPR

“Jim Crace writes with great flair and inimitable imagination . . . The Melody is a lyrical and tender meditation on marital love and loss that further secures his position as one of Britain’s most distinctive and accomplished novelists.”
—Financial Times

“Extraordinary . . . The Melody is an elegiac ode of its own that confronts the evanescence of life. What begins with a memory jogged by the soft tinkling of bells becomes a haunting refrain of enduring love. In underscoring Crace’s genuineness, the novel champions the benefits of friendship and community in the face of inexorable progress and change.”
—Los Angeles Review of Books

“The Melody takes its place among Crace’s finest novels . . . Both grippingly symbolic and intensely real; it deepens and accrues in rhythmic prose that might itself be the melody of the title.”
—The Guardian

“[A] seductively atmospheric novel, suffused as it is with archetypes and the stuff of dreams . . . It’s an elegy, too—for lost love, youth and talent—and deeply moving.”
—Daily Mail

“Hypnotic and powerful . . . Enchanting and disconcerting . . . It offers a substantial rebuff to the idea, frequently remarked upon, that the novel in general, and the English novel in particular, has less and less to offer the modern reader.”
—The Irish Times

“A brutal parody of urban renewal and its casualties . . . With devastating understatement, Crace offers a parable for a time in which empathy has given way to callousness and fear.
—Kirkus Reviews, starred review

“Haunting and transfixing . . . Like the simple but subtle song from which the novel takes its title, The Melody’s effects linger, coloring the reader’s feelings about the thin border between the natural world and human society.”
—Publishers Weekly

“Exploring ideas of myth, grief, and inequality, Crace’s latest is an ethereal novel that ambles and simmers towards a delightful conclusion.”
—Booklist

JIM CRACE is the author of eleven previous novels. His most recent, Harvest, was short-listed for the Man Booker Prize and won the International Dublin Literary Award and the James Tait Black Memorial Prize. In 2000, Being Dead won the U.S. National Book Critics Circle Award for Fiction, and in 1997, Quarantine was named the Whitbread Novel of the Year and was short-listed for the Booker Prize. Jim Crace has also received the Whitbread First Novel Prize, the E. M. Forster Award, and the Guardian Fiction Prize. He lives in England.
or
Not Currently Available for Direct Purchase