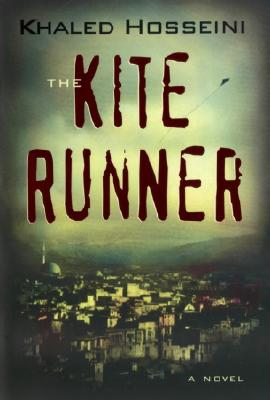 Taking us from Afghanistan in the final days of the monarchy to the present, The Kite Runner is the unforgettable, beautifully told story of the friendship between two boys growing up in Kabul. Raised in the same household and sharing the same wet nurse, Amir and Hassan nonetheless grow up in different worlds: Amir is the son of a prominent and wealthy man, while Hassan , the son of Amir's father's servant, is a Hazara, member of a shunned ethnic minority. Their intertwined lives, and their fates, reflect the eventual tragedy of the world around them. When the Soviets invade and Amir and his father flee the country for a new life in California, Amir thinks that he has escaped his past. And yet he cannot leave the memory of Hassan behind him.

The Kite Runner is a novel about friendship, betrayal, and the price of loyalty. It is about the bonds between fathers and sons, and the power of their lies. Written against a history that has not been told in fiction before, The Kite Runner describes the rich culture and beauty of a land in the process of being destroyed. But with the devastation, Khaled Hosseini also gives us hope: through the novel's faith in the power of reading and storytelling, and in the possibilities he shows for redemption.


Praise For The Kite Runner…

"A wonderful work... This is one of those unforgettable stories that stay with you for years. All the great themes of literature and of life are the fabric of this extraordinary novel: love, honor, guilt, fear redemption...It is so powerful that for a long time everything I read after seemed bland." -- Isabel Allende

"Stunning . . . an incisive, perceptive examination of recent Afghan history. . . It is rare that a book is at once so timely and of such high literary quality." -- Publisher's Weekly

“In The Kite Runner, Khaled Hosseini gives us a vivid and engaging story that reminds us how long his people have been struggling to triumph over the forces of violence -- forces that continue to threaten them even today.” -- New York Times

“His passionate story of betrayal and redemption is framed by Afghanistan’s tragic recent past . . . Rather than settle for a coming-of-age or travails-of-immigrants story, Hosseini has folded them both into this searing spectacle of hard-won personal salvation. All this, and a rich slice of Afghan culture too: irresistible." -- Kirkus Reviews

“Like Gone with the Wind, this extraordinary first novel locates the personal struggles of everyday people in the terrible sweep of history.” -- People

“To many Western readers, [Afghanistan’s] can be an exhausting and bewildering history. But Hosseini extrudes it into an intimate account of family and friendship, betrayal and salvation that requires no atlas or translation to engage and enlighten us.” -- Washington Post

“Hosseini does tenderness and terror, California dream and Kabul nightmare with equal aplomb. . .a ripping yarn and ethical parable.” -- Globe and Mail

"A beautiful novel . . . a song in a new key. Hosseini is an exhilaratingly original writer with a gift for irony and a gentle, perceptive heart . . . one of the most lyrical, moving and unexpected novels of the year." -- Denver Post

Khaled Hosseini was born in Kabul, Afghanistan, the son of a diplomat whose family received political asylum in the United States in 1980. He lives in northern California, where he is a physician. The Kite Runner, his first novel, is being published around the world.
Loading...
or
Not Currently Available for Direct Purchase