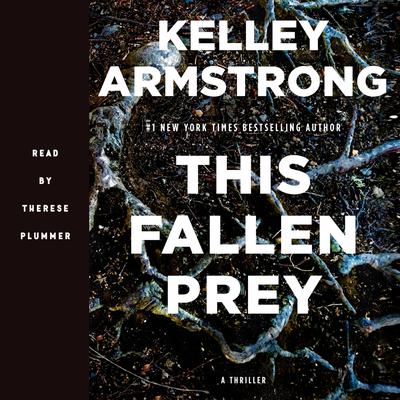 A Rockton Thriller (City of the Lost 3)

A new spine-tingling thriller from the bestselling master of edge-of-your-seat stories.

When Casey Duncan first arrived at Rockton, the off-the-grid, isolated community built as a haven for people running from their pasts, she had no idea what to expect. There are no cell phones, no internet, no mail and no way of getting in or out without the town council's approval. She certainly didn't expect to become the town homicide detective. But, the very last thing she expected was for the council to drop a dangerous criminal into their midst without a plan to keep him imprisoned. And she never thought that she'd have to be responsible for him.

The longer Oliver Brady stays in town, the more people seem to die around him. When evidence begins piling up that someone inside Rockton is working as his accomplice, Casey races to figure out who exactly Brady is and what crimes he's truly responsible for committing.

With dangerous secrets and heart-stopping twists, This Fallen Prey is Kelley Armstrong's most gripping thriller yet.

Thérèse Plummer is an actor and award-winning audiobook narrator living and working in New York City. Her television credits include guest starring roles on The Good Wife and Law and Order: Special Victims Unit. She has recorded more than 200 audiobooks for various publishers, has been nominated for multiple Audie Awards, and is an Earphones Award winner. Thérèse is the voice of Maya Hansen in the Marvel Graphic Motion Comic Ironman Extremis, Dr. Fennel in Pokémon, and various Yu-Gi-Oh characters. To learn more, visit thereseplummer.com.