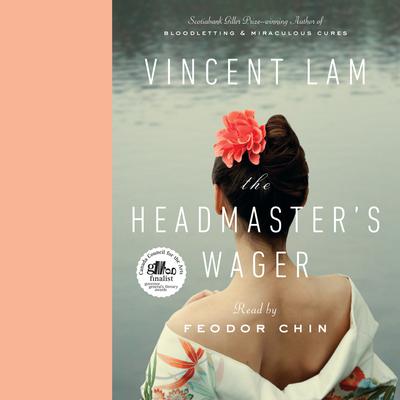 Percival Chen is the headmaster of the most respected English school in Saigon. He is also a bon vivant, a compulsive gambler and an incorrigible womanizer. He is well accustomed to bribing a forever-changing list of government officials in order to maintain the elite status of the Chen Academy. He is fiercely proud of his Chinese heritage, and quick to spot the business opportunities rife in a divided country. He devotedly ignores all news of the fighting that swirls around him, choosing instead to read the faces of his opponents at high-stakes mahjong tables. But when his only son gets in trouble with the Vietnamese authorities, Percival faces the limits of his connections and wealth and is forced to send him away. In the loneliness that follows, Percival finds solace in Jacqueline, a beautiful woman of mixed French and Vietnamese heritage, and Laing Jai, a son born to them on the eve of the Tet offensive. Percival's new-found happiness is precarious, and as the complexities of war encroach further and further into his world, he must confront the tragedy of all he has refused to see.

Blessed with intriguingly flawed characters moving through a richly drawn historical and physical landscape, The Headmaster's Wager is a riveting story of love, betrayal and sacrifice.

DR. VINCENT LAM is from the expatriate Chinese community of Vietnam, and was born in Canada. Dr. Lam did his medical training and is an emergency physician in Toronto. He is a Lecturer with the Department of Family and Community Medicine at the University of Toronto. He has also worked in international air evacuation and expedition medicine on Arctic and Antarctic ships. Dr. Lam's first book, Bloodletting and Miraculous Cures, won the 2006 Scotiabank Giller Prize, and has recently been adapted for television and broadcast on HBO Canada. Dr. Lam co-authored The Flu Pandemic and You, a non-fiction guide to influenza pandemics.