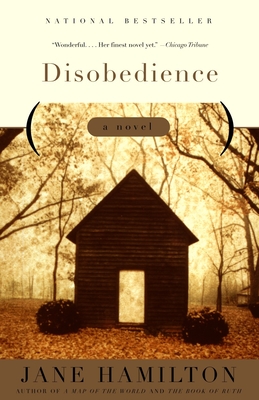 From Jane Hamilton, author of the beloved New York Times bestsellers A Map of the World and The Book of Ruth, comes a warmly humorous, poignant novel about a young man, his mother's e-mail, and the often surprising path of infidelity.

Henry Shaw, a high school senior, is about as comfortable with his family as any seventeen-year-old can be. His father, Kevin, teaches history with a decidedly socialist tinge at the Chicago private school Henry and his sister attend. His mother, Beth, who plays the piano in a group specializing in antique music, is a loving, attentive wife and parent. Henry even accepts the offbeat behavior of his thirteen-year-old sister, Elvira, who is obsessed with Civil War
reenactments and insists on dressing in handmade Union uniforms at inopportune times.

When he stumbles on his mother's e-mail account, however, Henry realizes that all is not as it seems. There, under the name Liza38, a name that Henry innocently established for her, is undeniable evidence that his mother is having an affair with one Richard Polloco, a violin maker and unlikely paramour who nonetheless has a very appealing way with words and a romantic spirit that, in Henry's estimation, his own father woefully lacks.

Against his better judgment, Henry charts the progress of his mother's infatuation, her feelings of euphoria, of guilt, and of profound, touching confusion. His knowledge of Beth's secret life colors his own tentative explorations of love and sex with the ephemeral Lily, and casts a new light on the arguments-usually focused on Elvira-in which his parents regularly indulge. Over the course of his final year of high school, Henry observes each member of the family, trying to anticipate when they will find out about the infidelity and what the knowledge will mean to each of them.

Henry's observations, set down ten years after that fateful year, are much more than the "old story" of adultery his mother deemed her affair to be. With her inimitable grace and compassion, Jane Hamilton has created a novel full of gentle humor and rich insights into the nature of love and the deep, mysterious bonds that hold families together.

“Wonderful…. Her finest novel yet.” –Chicago Tribune“Lovely…resonant…keenly wrought.” –The New York Times“Funny and moving…. An entertaining, well-plotted meditation on secrecy in the history of a loving family.” –San Francisco Examiner and Chronicle“Stunning…haunting…exquisite. Another troubling masterpiece in what’s fast become a remarkable body of work.” –The Christian Science Monitor“Suffused with the bittersweet nostalgia we feel for lost loves and failed romances…. Satisfying and moving. Hamilton writes beautifully.” –Francine Prose

Jane Hamilton lives, works, and writes in an orchard farmhouse in Rochester, Wisconsin. Her first novel, The Book of Ruth, won the PENErnest Hemingway Award for best first novel and was a selection of the Oprah Book Club. Her second novel, A Map of the World, was also a selection of the Oprah Book Club and an international bestseller. Her most recent novel, The Short History of a Prince, was a Publishers Weekly Best Book of 1998.
Loading...
or
Not Currently Available for Direct Purchase