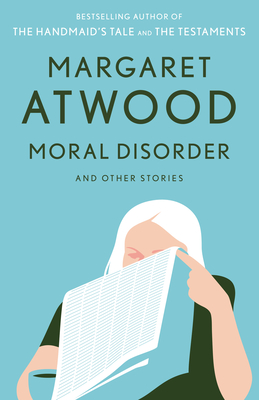 Moral Disorder and Other Stories (Paperback)

This brilliant collection of connected short stories strings together several decades of moments in the life of one woman—as an ambitious girl in the 1930s, as a young professional coming of age in the uncertain ‘50s and ‘60s, and as half of a couple growing old together. In a series of vividly evoked settings that span cities, backwoods, and farm country, we see this woman contending over time with an unstable sister, a married lover, aging parents, mystifying stepchildren, vulnerable farm animals, and her own changing self. By turns funny, lyrical, earthy, shocking, and deeply personal, Moral Disorder displays Margaret Atwood’s celebrated storytelling gifts and unmistakable style to their best advantage.


Praise For Moral Disorder and Other Stories…

“Elegant. . . . In Moral Disorder, Atwood travels deep into the expanse of memories and language built up over her writing lifetime and offers a handful of gems to illuminate our times.” —The Los Angeles Times Book Review

“Poignant. . . . Wry. . . . The tremendous imaginative power of [Atwood's] fiction allows us to believe that anything is possible.” —New York Times Book Review

“Searingly intelligent. . . . [These are] beguiling narratives that Atwood unspools with signature grace and incisiveness.” —Elle