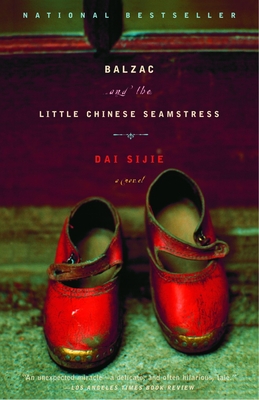 Balzac and the Little Chinese Seamstress is an enchanting tale that captures the magic of reading and the wonder of romantic awakening. An immediate international bestseller, it tells the story of two hapless city boys exiled to a remote mountain village for re-education during China’s infamous Cultural Revolution. There the two friends meet the daughter of the local tailor and discover a hidden stash of Western classics in Chinese translation. As they flirt with the seamstress and secretly devour these banned works, the two friends find transit from their grim surroundings to worlds they never imagined.

Praise For Balzac and the Little Chinese Seamstress: A Novel…

“A funny, touching, sly and altogether delightful novel . . . about the power of art to enlarge our imaginations.” —The Washington Post Book World

“Poetic and affecting. . . . The descriptions of life in this strangest of times and places are so riveting that the reader longs for more.” —The New York Times Book Review

“Gives the rest of the world a glimpse into that dark place where the human spirit continues, against all odds, to shine its light.” —The Boston Globe

“A wonderful novel . . . formed by detailed layering and exquisite craftsmanship, like a beautifully tailored garment.” —The Chicago Tribune

“Seduces readers into its world. . . . [A] very wise little story of love and illusion.” —The Philadelphia Inquirer

Born in China in 1954, Dai Sijie is a filmmaker who was himself “re-educated” between 1971 and 1974.
He left China in 1984 for France, where he has lived and worked ever since. This, his first novel, was an overnight sensation when it appeared in France in 2000, becoming an immediate best-seller and winning five prizes. Rights to the novel have been sold in nineteen countries, and it is soon to be made into a film.
Loading...
or support indie stores by buying on