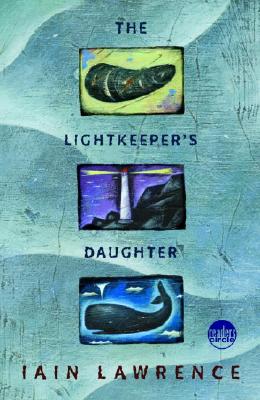 Three years have passed since Squid McCrae last saw her parents and the remote island where she grew up. She returns now at seventeen, a young woman with a daughter in tow. The visit, she knows, will be rough. Lizzie Island–paradise to some, a stifling prison to others–brings an onslaught of memories. It is the place of Squid’s idyllic childhood, where she and her brother, Alastair, blossomed into precocious adolescents. But Lizzie Island is also the place where Alastair died.

Now the past collides with the present as Squid’s homecoming unleashes bittersweet recollections, revelations, and accusations. But nothing is what it appears to be. No one possesses the complete truth, and no one is without blame.

Praise For The Lightkeeper's Daughter…

“A must-read for lovers of tales rich in setting, atmosphere, and human understanding.”—Kirkus Reviews, Starred

“A beautiful story of light and dark, of magic, ghosts, tempests and shipwrecks, and of sadness and letting go.”—Kirkus Reviews, Starred

“This lyrical novel is an experience not to be forgotten.”—School Library Journal, Starred

“With adult characters every bit as memorable as the teen characters, Lawrence’s novel may well attract a wide adult readership.”—Publishers Weekly, Starred

Iain Lawrence is the author of many acclaimed novels, including Ghost Boy, Lord of the Nutcracker Men, and the High Seas Trilogy: The Wreckers, The Smugglers, and
The Buccaneers.