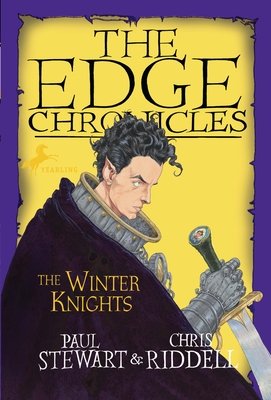 The Winter Knights (The Edge Chronicles #5)

In the great floating city of Sanctaphrax, blizzards howl through the streets as the Edgeworld descends into an endless winter. Quint, the son of a sky pirate, has just begun his training at the Knights Academy—training that involves heading out over the Edge on tethers to develop his flying skills. But when Quint breaks the rules and heads out to Open Sky on his own, he runs into the great sky leviathans known as cloud-eaters and must use all his skill and ingenuity if catastrophe is not to strike the Edgeworld. . . .

Chris Riddell is the cocreator of the bestselling Edge Chronicles series, with Paul Stewart. He has illustrated many children's books, including the award-winning Pirate Diary. He is also the political cartoonist for the Guardian and Observer newspapers.
Loading...
or
Not Currently Available for Direct Purchase