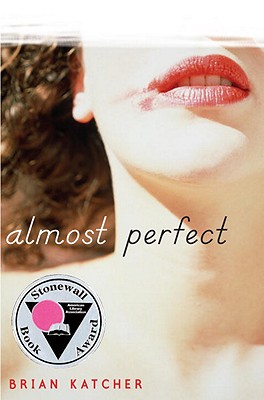 Whether you re trans, gay, lesbian, bi, queer, questioning, or straight, this winner of the Stonewall Children's & Young Adult Literature Award will make you marvel at the beauty of human connection and the irrepressible nature of love.
"Everyone has that one line they swear they ll never cross, the one thing they say they ll never do. We draw the line. Maybe we even believe it."
""
"Sage Hendricks was my line."
Logan Witherspoon befriends Sage Hendricks at a time when he no longer trusts or believes in people. As time goes on, he finds himself drawn to Sage, pulled in by her deep, but sexy feminine voice and her constant smile. Eventually Logan's feelings for Sage grow so strong that he can t resist kissing her. Moments later, he wishes he never had. Sage finally discloses her big secret: she was born a boy. Enraged, frightened, and feeling betrayed, Logan lashes out at Sage. Once his anger has cooled, however, his regrets lead him to attempt to rekindle their friendship. But it's hard to replace something that's been broken and it's even harder to find your way back to friendship when you began with love.
***
Tackles issues of homophobia, hate crimes and stereotyping with humor and grace in an accessible tone that will resonate with teens. "Kirkus Reviews"
It is Sage's story that is truly important. "SLJ"
Teens both those familiar with transgender issues and those who are not will welcome the honest take on a rarely explored subject. "Booklist"
A sensitive examination of the seldom treated subject of transgender teens. "VOYA.

Starred Review, Kirkus Reviews, September 1, 2009:
"An accessible tone that will resonate with teens."

Brian Katcher is the author of "Playing with Matches, "and a school librarian. He lives in Missouri with his wife and daughter. You can visit him on the Web at www.briankatcher.com.
Loading...
or
Not Currently Available for Direct Purchase