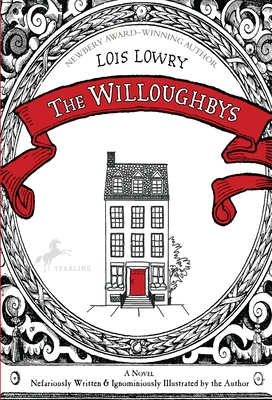 The Willoughby's—Timothy; his twin brothers, Barnaby A and Barnaby B; and their little sister, Jane—are old-fashioned children who adore old-fashioned adventures. Unfortunately, the Willoughby parents are not very fond of their children, and the truth is that the siblings are not too keen on their parents either. Little do the Willoughby kids know that their neglectful mother and father are hatching an evil plan to get rid of them! Not to worry—these resourceful adventurers have a few plans of their own. But they have no idea what lies ahead in their quest to rid themselves of their ghastly parents and live happily ever after.

Lois Lowry is the author of more than forty books for children and young adults, including the New York Times bestselling Giver Quartet and popular Anastasia Krupnik series. She has received countless honors, among them the Boston Globe-Horn Book Award, the Dorothy Canfield Fisher Award, the California Young Reader's Medal, and the Mark Twain Award. She received Newbery Medals for two of her novels, Number the Stars and The Giver. Ms. Lowry lives in Maine.
or support indie stores by buying on
Copyright © 2020 American Booksellers Association