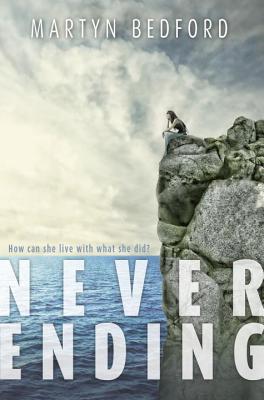 A suspenseful tragedy laced with romance, Never Ending will take you from the past—a steamy vacation in Greece that’s cut short by the unfathomable—to the present—a lake-side clinic stay—to the truth in between.

“What do you deserve, Siobhan?”
“I don’t deserve to forget he’s dead. Even for a moment.”
“I asked what you do deserve, not what you don’t.”
“I deserve not to be forgiven."


Shiv's brother Declan, her best friend, is dead. It's been all over the news. Consumed by grief and guilt, she agrees to become an inpatient at the Korsakoff Clinic. There she meets Mikey. Caron. The others. They share a similar torment. And there, subjected to the clinic's unconventional therapy, they must face what they can't bear to see.

Shiv is flooded with flashbacks, nightmares, haunting visions of Declan on their last, fateful family vacation in Greece. And with memories of Nikos, the beautiful young man on the tour boat. It started there, with him, beside the glittering sea . . . the beginning of the end.

“The characters and the scenery are rendered with such photographic precision that readers will feel as though they’re watching a film.” —Kirkus Reviews, Starred

“Bedford skillfully pushes and pulls at the reader’s emotions while carefully revealing the details of the backstory and the aftermath until the two converge.” —Booklist, Starred

“Part-mystery, part-romance, and part-disturbing portrait of how fragile the human psyche can be, this novel is provocative and not for the faint of heart.” —SLJ

MARTYN BEDFORD has written five adult novels, including The Houdini Girl (Vintage), and an acclaimed YA novel, Flip. A former journalist, he teaches at Leeds Trinity University College. Martyn lives in West Yorkshire, England, with his wife and two daughters.
Loading...
or
Not Currently Available for Direct Purchase