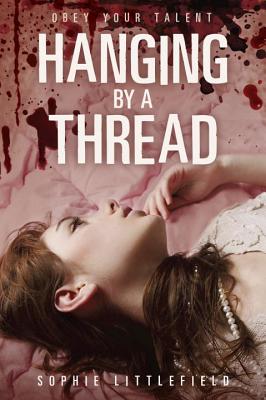 Hanging by a Thread

In a town where appearance means everything, how deep beneath the surface will Clare dig to uncover a murderer?

Summer is the best part of the year in Winston, California, and the Fourth of July is the highlight of the season. People consider themselves lucky to live in the quaint, serene beachside town, and native Clare Knight, now a city girl, feels doubly lucky to be moving back there a week before the July festivities kick off.
But the perfect town Clare remembers has changed, and everyone is praying that this summer will be different from the last two that this year's Fourth of July festival won t see one of their own vanish without a trace, leaving no leads and no suspects. The media are in a frenzy predicting a third disappearance, but the town depends on tourist dollars, so the residents of Winston are trying desperately to pretend nothing's wrong.
And they re not the only ones hiding something.
Clare has been blessed or perhaps cursed with a gift: she can see people's pasts when she touches their clothes. And since she's a seamstress who redesigns vintage clothing, her visions are frequent and usually unwanted. When she stumbles across a denim jacket that once belonged to Amanda Stavros, last year's Fourth of July victim, Clare sees her perfect town begin to come apart at the seams.

SOPHIE LITTLEFIELD is the Edgar-nominated author of several thrillers for adults. She lives with her family in Northern California.
Loading...
or
Not Currently Available for Direct Purchase