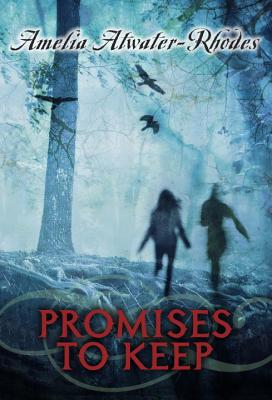 The compendium of creations (SingleEarth, the Bruja guilds, the Midnight empire) intertwine in an exciting, unsettling plot featuring happenings both accidental and deliberate that will forever change the alternate landscape inhabited by vampires, Tristes, shapeshifters et al. It all begins with a wrong turn and a crashed party, and from there it's an epic clash of elements and the promise of more chaos still to come. At the center of the storm is Jay, a young vampire hunter that no one would ever have predicted might be earth's best bet to thwart the rise of a vampire-controlled slave empire called Midnight. Teens will find themselves drawn to Jay, who struggles to prove his worth even while he has his own fears that those who have written him off may be right to do so.

AMELIA ATWATER-RHODES's most recent novel is "Poison Tree." She wrote her first novel, In the "Forests of the Night, " when she was 13. Other books in the Den of Shadows series are "Demon in My View, Shattered Mirror, Midnight Predator, Persistence of Memory, Token of Darkness, " and "All Just Glass." The five-volume series The Kiesha'ra includes: "Hawksong, " a School Library Journal Best Book of the Year and "VOYA" Best Science Fiction, Fantasy, and Horror Selection; "Snakecharm; Falcondance; Wolfcry, " an IRA-CBC Young Adults' Choice; and "Wyvernhail."
Loading...
or
Not Currently Available for Direct Purchase