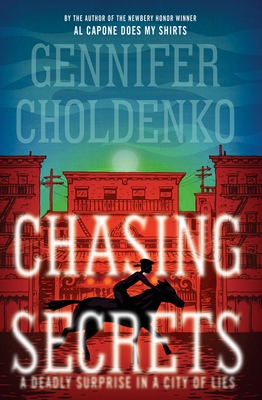 Gennifer Choldenko is the New York Times bestselling and Newbery Honor–winning author of many popular children’s books, including Notes from a Liar and Her Dog, If a Tree Falls at Lunch Period, Al Capone Does My Shirts, Al Capone Shines My Shoes, Al Capone Does My Homework, and No Passengers Beyond This Point. She lives in the San Francisco Bay Area, where she hopes never to see a rat. Dead or otherwise. Visit her online at choldenko.com.

“Not only will this novel hold a proud spot on the deadly disease shelf with Jim Murphy's An American Plague and Laurie Halse Anderson's Fever 1793, it's a vivid picture of 20th-century San Francisco and a stirring story of a lonely, funny girl trying to be her "best true self." —Shelf Awareness starred review
or support indie stores by buying on
Copyright © 2020 American Booksellers Association