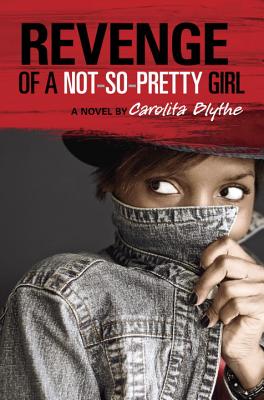 Revenge of a Not-So-Pretty Girl

Fans of Walter Dean Myers and Rita Williams-Garcia's One Crazy Summer will cherish this gripping story of an African American girl living in 1980s Brooklyn, who overcomes abuse and neglect in discovering real friendship, self-respect, and that pretty and mean don't always win.
Girls who are pretty have a way of looking down their perfect noses at anyone they feel isn t worthy of sharing the air with them. They have a way of making regular girls like me feel inferior for not winning the gene pool lottery. Tormenting them is my way of getting even.
Everyone knows that pretty equals mean, and Evelyn Ryder used to be a beautiful movie star never mind that it was practically a lifetime ago. There's no time limit on mean. So if you think I feel guilty about mugging her, think again.
But for something that should have been so simple, it sure went horribly wrong.
A JUNIOR LIBRARY GUILD SELECTION
A Bankstreet Best Book of the Year
"Definitely a page-turner "--Seventeen.com
Exhilarating . . . compelling and believable. "Kirkus Reviews," Starred
A well-told story of anempowering friendship. "The Bulletin," Recommended
This realistic portrayal of emotions, decisions, and hardships will appeal to teens who are also struggling with their identities. "SLJ"
Blythe, in her first book for teens, explores karma, guilt, morality, and taking responsibility for one's actions. . . . the story provides a thoughtful glimpse of what it's like to reevaluate one's life at any age. "Publisher's Weekly "
This is a classic coming-of-age story . . . Faye's personal growth and her eventual escape from a dark home life are rewarding. "Booklist "

Praise For Revenge of a Not-So-Pretty Girl…

CAROLITA BLYTHE was born in Kingston, Jamaica, and raised in New York City. A graduate of Syracuse University, she currently resides in Los Angeles, where, when not writing novels, she works behind the scenes on popular television shows. Her debut novel was entitled"The Cricket's Serenade."She has also published travel articles and short stories. An avid traveler, Carolita is a New Yorker at heart, who spends summers worshiping the Yankees and autumns pulling for the Jets."
Loading...
or
Not Currently Available for Direct Purchase