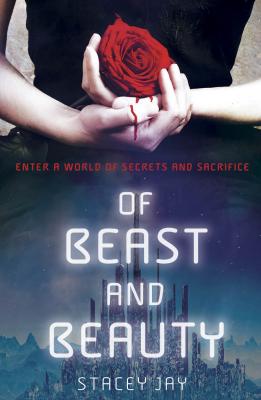 Of Beast and Beauty

In the beginning was the darkness, and in the darkness was a girl, and in the girl was a secret...
In the domed city of Yuan, the blind Princess Isra, a Smooth Skin, is raised to be a human sacrifice whose death will ensure her city's vitality. In the desert outside Yuan, Gem, a mutant beast, fights to save his people, the Monstrous, from starvation. Neither dreams that together, they could return balance to both their worlds.
Isra wants to help the city's Banished people, second-class citizens despised for possessing Monstrous traits. But after she enlists the aid of her prisoner, Gem, who has been captured while trying to steal Yuan's enchanted roses, she begins to care for him, and to question everything she has been brought up to believe.
As secrets are revealed and Isra's sight, which vanished during her childhood, returned, Isra will have to choose between duty to her people and the beast she has come to love.


Praise For Of Beast and Beauty…

Justine, August/September 2013:
"The romance in this book is as lush, wild and thorny as the magic roses that protect the doomed city of Yuan! This re-imagined version of classic Beauty and the Beast is all the more addicting because the two man characters are misfits who slowly develop their love through shared goals, secret whispers and intense chemistry."

STACEY JAY is the author of the popular Juliet Immortal and Romeo Redeemed and several other books for young adults. She lives in California with her family.
Loading...
or
Not Currently Available for Direct Purchase