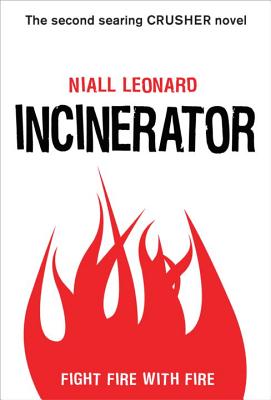 Incinerator is the pulse-pounding sequel to Crusher, Niall Leonard's debut YA novel and an Edgar Award finalist for Best Young Adult Novel.

Following the bloody deaths of his mother and father, Finn Maguire is determined to make a fresh start, running a boxing gym in the bruised and bitter heart of the city. But when loan sharks target his business partner and his lawyer vanishes with all his money, Finn is dragged down into London's underworld once more, with only his fists and his wits to keep him alive.

NIALL LEONARD is a drama and comedy screenwriter born in Northern Ireland and living in West London with his wife, bestselling author E L James, and their two children. Among his many television credits, he has created episodes of Wire in the Blood, Silent Witness, Ballykissangel, and Hornblower. He has also led seminars and workshops on screenwriting and script editing for the BBC, the Northern Ireland Film Council, and the Irish Playwrights and Screenwriters Guild, and has lectured on the creative process at the University of Reading. Incinerator is the companion novel to Crusher, Leonard's debut YA novel and an Edgar Award finalist, and Shredder, the third book in the series.
Loading...
or
Not Currently Available for Direct Purchase