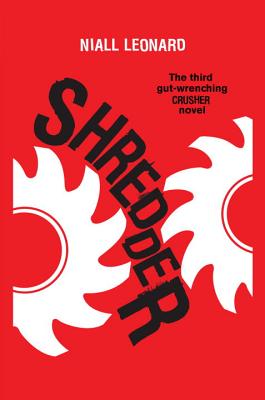 In the gut-wrenching third and final novel in Niall Leonard’s Crusher series, Finn Maguire is lured back into the warring factions of the underworld by way of blackmail.

Finn “Crusher” Maguire has one simple task: to set up a meeting. But when that meeting is between the Guvnor and the Turk, two psychotic criminals vying for control of London’s underworld, Finn’s task proves to be anything but simple.  As the city cracks under a blistering heatwave and the UK is rocked by a series of terrorist outrages, Crusher finds himself caught up in a gang war full of carnage, corruption and treachery. To save himself and the girl he loves from being shredded to a bloody pulp between opposing factions, Finn faces horrifying risks and impossible choices.

NIALL LEONARD is a drama and comedy screenwriter born in Northern Ireland and living in West London with his wife, bestselling author E L James, and their two children. Among his many television credits, he has created episodes of Wire in the Blood, Silent Witness, Ballykissangel, and Hornblower. He has also led seminars and workshops on screenwriting and script editing for the BBC, the Northern Ireland Film Council, and the Irish Playwrights and Screenwriters Guild, and has lectured on the creative process at the University of Reading. Shredder is the companion novel to Crusher, Leonard's YA debut novel and an Edgar Award finalist, and Incinerator, the second book in the series.
Loading...
or
Not Currently Available for Direct Purchase