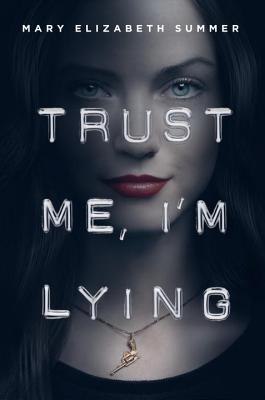 Fans of Ally Carter's Heist Society novels will love this teen mystery/thriller with sarcastic wit, a hint of romance, and Ocean's Eleven-inspired action. Julep Dupree tells lies. A lot of them. She's a con artist, a master of disguise, and a sophomore at Chicago's swanky St. Agatha High, where her father, an old-school grifter with a weakness for the ponies, sends her to so she can learn to mingle with the upper crust. For extra spending money Julep doesn't rely on her dad--she runs petty scams for her classmates while dodging the dean of students and maintaining an A+ (okay, A-) average. But when she comes home one day to a ransacked apartment and her father gone, Julep's carefully laid plans for an expenses-paid golden ticket to Yale start to unravel. Even with help from St. Agatha's resident Prince Charming, Tyler Richland, and her loyal hacker sidekick, Sam, Julep struggles to trace her dad's trail of clues through a maze of creepy stalkers, hit attempts, family secrets, and worse, the threat of foster care. With everything she has at stake, Julep's in way over her head . . . but that's not going to stop her from using every trick in the book to find her dad before his mark finds her. Because that would be criminal.
"A sexy love triangle and madcap mystery . . . I loved this book." --Jennifer Echols, author of Dirty Little Secret One of TeenVogue's 15 Most Exciting YA Books of 2014 One of PopCrush's 10 Most Anticipated YA Books "Julep isn't just another high schooler beset by the usual drama of boys and academia. Nope--she also happens to be a con artist and master of disguise, which comes in mighty handy when her father mysteriously disappears. Determined, she delves into the underbelly of Chicago to find him (bringing a bunch of fresh plot lines and unexpected twists along the way)."--teenVogue.com "Summer creates a standout character in Julep. She lies and cheats with so much confidence and skill that readers will cheer her on, but she also adheres to her own strict moral code. . . . A memorable debut; here's hoping for a lot more from Summer."--Kirkus Reviews

"Well-paced, well-plotted."--The Bulletin of the Center for Children's Books

MARY ELIZABETH SUMMER contributes to the delinquency of minors by writing books about unruly teenagers with criminal leanings. She has a BA in creative writing from Wells College, and her philosophy on life is "you can never go wrong with sriracha sauce." She lives in Portland Oregon with her partner, their daughter, and their evil overlor--er, cat. Trust Me, I'm Lying is her debut novel. Follow Mary Elizabeth's latest exploits on mesummer.com, maryelizabethsummer.tumblr.com, and @mesummerbooks on Twitter.
Loading...
or
Not Currently Available for Direct Purchase