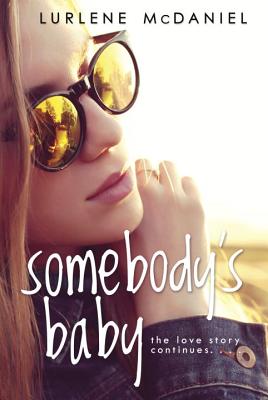 “Sorry, John Green fans, but McDaniel’s been making us cry . . . for decades.” —Bustle.com

Love, family, acceptance, and forgiveness are at the center of this heartfelt novel that explores the unpredictable paths that allow people to follow their dreams and help them find a way back home.

Ever since Sloan won a reality television singing competition, her music career has taken off. She suddenly finds herself with a manager, a recording contract, and a tour in the works. Her manager warned her that strangers would ask her for all sorts of things, and that she must not respond. But one email stands out—from a young woman who claims to be Sloan’s half sister. Sloan’s mother, now deceased, never told her who her father was, so the prospect of knowing some family history is too strong a desire to ignore.

Now Sloan must return to Windemere, the town where she grew up, to face a past she’s worked hard to forget. One trip leads to another, and when circumstances take a devastating turn, Sloan is faced with a complicated choice involving not only herself, but also those who have come to depend on her.

"There's no denying McDaniel's command of her material. . . .inspriational romance by a genre master." —Kirkus Reviews

“McDaniel deals with heart-wrenching subjects in a way that brings readers to tears.” —VOYA

LURLENE McDANIEL began writing inspirational novels about teenagers facing life-altering situations when her son was diagnosed with juvenile diabetes. “I want kids to know that while people don’t get to choose what life gives to them, they do get to choose how they respond,” she has said.

Lurlene McDaniel’s novels are hard-hitting and realistic, but also leave readers with inspiration and hope. Her bestselling books have received acclaim from readers, teachers, parents, and reviewers; they include The Year of Luminous Love and its companion, The Year of Chasing Dreams; Don’t Die, My Love; Till Death Do Us Part; Telling Christina Goodbye; True Love: Three Novels; and many more.
Loading...
or support indie stores by buying on
(This book is on backorder)