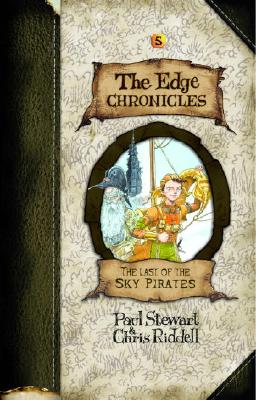 The Last of the Sky Pirates

A dramatic and exuberant fantasy adventure filled with colourful and imaginative characters and illustrated with exquisite detail. Fifty years after the floating city of Sanctaphrax was swept away, the Edgeworld has changed for the worse. Cruel shrykes control the great Mire Road, while slave labour is endemic. When a young apprentice knight-academic, Rook, sets out on a perilous journey through the Deepwoods, he meets a mysterious stranger living with the banderbears and is propelled right into the middle of a dangerous adventure in which a small group of fighters must challenge the dark might of the Guardians of the Night.