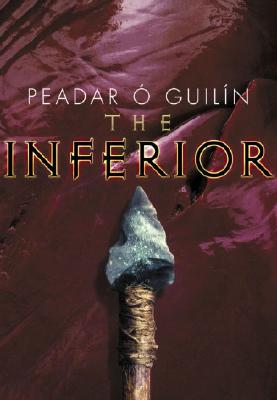 STOPMOUTH AND HIS family know of no other life than the daily battle to survive. To live, they must hunt rival species, or negotiate flesh-trade with those who crave meat of the freshest human kind. It is a savage, desperate existence. And for Stopmouth, considered slowwitted hunt-fodder by his tribe, the future looks especially bleak. But then, on the day he is callously betrayed by his brother, a strange and beautiful woman falls from the sky. It is a moment that will change his destiny, and that of all humanity, forever. With echoes of Tarzan, Conan the Barbarian, and The Truman Show, Peadar Ó Guilín’s debut is an action—and idea-packed—blockbuster that will challenge your perceptions of humanity and leave you hungry for more.

EADAR o GUILiN has been writing curious stories for as long as he can remember. One of his school reports claimed that he had "a talent for communication, which he abuse[d]." Since then, he has written plays, published short stories, and performed as a standup comedian. This is his first book for children.
Loading...
or
Not Currently Available for Direct Purchase