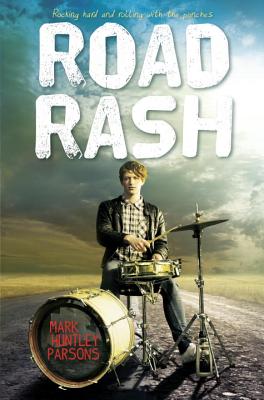 A teenage drummer finds out what life is "really" like on tour with a rock band in this funny and bittersweet YA novel. For anyone who loved "Almost Famous" or "This Is Spinal Tap."
After being dropped from one band, sixteen-year-old drummer Zach gets a chance to go on tour with a much "better" band. It feels like sweet redemption, but this is one rocky road trip filled with jealousy, rivalries, and on-stage meltdowns.
Mark Parsons has written a fast-paced, feel-good novel about a boy finding his place in the world, in a band, and in the music. Zach is a character teens will stand up and cheer for as he lands the perfect gig, and the perfect girl.
""
A must-read for young garage-band types. "Booklist"
Readers and especially musicians should enjoy debut novelist Parsons's look at a band on the run. "Publishers Weekly"
A road-trip adventure in romance and friendship that is ultimately all about the music. "Kirkus Reviews.

MARK PARSONS has been a drummer since 7th grade when he saved $100 from his paper route to buy a used drumset, and he's been pounding away ever since. He's a long-standing contributor for "Modern Drummer" magazine, and has written non-fiction books on audio and music-related topics.

Mark lives on the Central Coast of California with his wife and two sons (the four of whom comprise the ever-eclectic dance-rock band, Risky Whippet). "Road Rash" is his debut novel.
Loading...
or
Not Currently Available for Direct Purchase