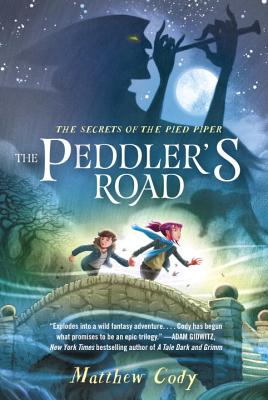 The Secrets of the Pied Piper 1

“Explodes into a wild fantasy adventure. . . . Cody has begun what promises to be an epic trilogy.” —Adam Gidwitz, New York Times bestselling author of A Tale Dark and Grimm

It is said that in the thirteenth century, in a town called Hamelin, a piper lured all of the children away with his magical flute, and none of them were ever seen again.

Today, tough, pink-haired Max and her little brother, Carter, are stuck in modern-day Hamelin with their father . . . until they are also led away by the Piper to a place called the Summer Isle. There they meet the original stolen children, who haven’t aged a day and who have formed their own town, vigilantly guarded from the many nightmarish beings that roam the land.

No one knows why the Piper stole them, but Max and Carter may be the key to returning the lost children of Hamelin. Together they set out on the Peddler’s Road to find their way back to the real world.

This swashbuckling journey is perfect for fans of Rump and A Tale Dark and Grimm. Don’t miss the second adventure in the series, The Magician’s Key!

Matthew Cody is the author of several popular books, including the Supers of Noble’s Green trilogy: Powerless, Super, and Villainous. He is also the author of Will in Scarlet and The Dead Gentleman, as well as one other book in the Secrets of the Pied Piper series, The Magician’s Key. Originally from the Midwest, he now lives with his wife and son in Manhattan. Learn more about Matthew and his books at matthewcody.com and @matthew_cody.
Loading...
or
Not Currently Available for Direct Purchase