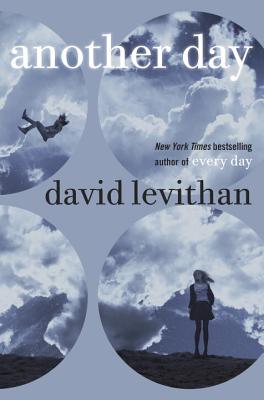 NEW YORK TIMES BESTSELLER • Celebrate all the ways love makes us who we are with this enthralling and poignant follow-up to the New York Times bestseller Every Day--now a major motion picture.

David Levithan turns his New York Times bestseller Every Day on its head by flipping perspectives in this exploration of love and how it can change you.

“[A] richly developed story that takes readers deep into its co-protagonists’ beings. . . . Though Levithan considers this to be the earlier novel’s ‘twin,’ it has a separate, deeply satisfying identity and can be read on its own.” —Booklist, starred review

DAVID LEVITHAN is a children’s book editor in New York City and the author of several books for young adults, including Lambda Literary Award winner Two Boys Kissing; Nick & Norah’s Infinite Playlist, Naomi and Ely’s No Kiss List, and Dash & Lily’s Book of Dares (co-authored with Rachel Cohn); Will Grayson, Will Grayson (co-authored with John Green); and Every You, Every Me (with photographs from Jonathan Farmer). He lives in Hoboken, New Jersey.
Loading...
or
Not Currently Available for Direct Purchase