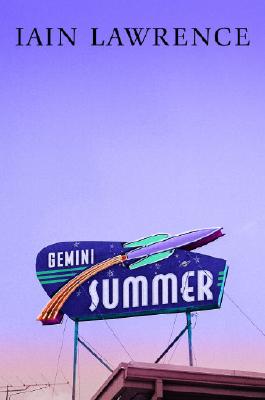 In the quiet of Hog's Hollow, each member of the River family pursues a dream. Old Man River sets out to build a fallout shelter in case the war in Vietnam "brings the end of everything;" his wife Flo, who collects Gone with the Wind dolls, attempts to pen her own Southern saga; Beau, their older son, suffers from "space fever" and aspires to be an astronaut. As for Danny, the younger River boy, well, he just dreams of having a dog. Then in the spring of 1965 tragedy befalls the Rivers--a tragedy that makes the Old Man wish he'd never started building the shelter, stops Flo from finishing her bestseller, and leaves Beau grounded rather than airborne. But the tragedy does finally bring a dog into Danny's life. And not just any old dog. Danny comes to believe that the mixed-breed stray embodies the spirit of someone he dearly loves. He won't allow anyone to separate him from the dog, not even after it bites the neighborhood bully and the police are sent to take it away. Together Danny and his dog run off, heading toward Cape Caneveral, where the Gemini missions blast off from, and where dreams come true.

“Lawrence creates a poignant family drama that will pull the heartstrings of anyone who has looked up to an older sibling or has fallen in love with a dog.”—Publishers Weekly, Starred

Iain Lawrence is the author of numerous acclaimed novels for young people, including The Convicts, The Cannibals, B for Buster, The Lightkeeper's Daughter, Lord of the Nutcracker Men, Ghost Boy, and the High Seas Trilogy: The Wreckers, The Smugglers, and The Buccaneers. The author lives in Gabriola Island, B.C..