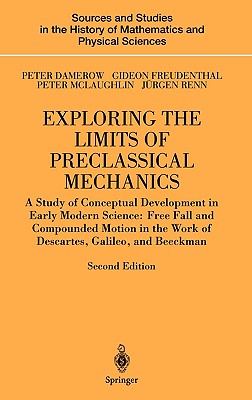 Exploring the Limits of Preclassical Mechanics

A Study of Conceptual Development in Early Modern Science: Free Fall and Compounded Motion in the Work (Sources and Studies in the History of Mathematics and Physic)

The question of when and how the basic concepts that characterize modern science arose in Western Europe has long been central to the history of science. This book examines the transition from Renaissance engineering and philosophy of nature to classical mechanics oriented on the central concept of velocity. For this new edition, the authors include a new discussion of the doctrine of proportions, an analysis of the role of traditional statics in the construction of Descartes' impact rules, and go deeper into the debate between Descartes and Hobbes on the explanation of refraction. They also provide significant new material on the early development of Galileo's work on mechanics and the law of fall.