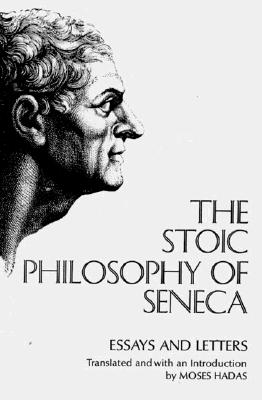 The Stoic Philosophy of Seneca

The philosophy of Seneca has extended in influence from first-century Rome to the essays of Montaigne, to Elizabethan tragedy, to the theology of Calvin and the doctrines of the French Revolution.

In The Stoic Philosophy of Seneca, representative selections from Seneca's writings offer the reader an excellent introduction to the range of his work.

The selections are drawn from the essays, or dialogues, and the "Consolations;" from the treatises, of which "On Clemency," addressed to the young Nero, is included here; and from the Letters to Lucilius, which have to do not only with philosophical subjects but also with Seneca's personal experiences, such as journeys and visits.

Moses Hadas has selected letters and essays which reveal Seneca's major philosophical themes—the relationship of the individual to society and to the gods; the meaning of pain and misfortune; man's attitudes to change, time, and death; and the nature of the highest good and of the happy life. In his Introduction, Professor Hadas discusses Seneca's life and work, tracing the history of his reputation; comments on Seneca's style; and outlines the origins and tenets of Stoicism.