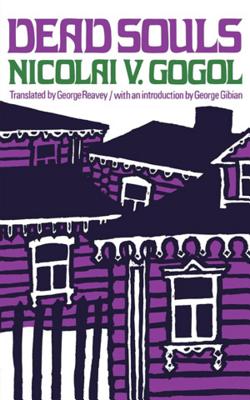 Part I of Dead Souls was published in 1842. Part II of Dead Souls exists only in fragments. The novel belongs to the great unfinished works of world literature (such as The Aeneid) whose incompletion bothers us very little.

A few factual points ought to be explained to the reader, even though the novel itself eventually suffices to clarify some of them. First, the title of the book. Among Russian serf-owning gentry, the idiomatic way to assess someone’s wealth was to express it in terms of the number of “souls” he owned—that is, male, adult serfs. Taxes on serfs had to be paid by the owner until the next census or registration date even if they may have died in the meantime. Gogol’s “dead souls,” in addition to this literal reference to serfs who had died since the last registration date for serfs, are also a metaphor for the dead moral and spiritual sensibilities of the many inhabitants of Gogol’s zoo. This title ran into trouble with Gogol’s censors, who held the ridiculous suspicion that the title might be a blasphemous attack on the immortality of the human soul. Gogol therefore added the title “Chichikov’s Adventures.”

Nikolai Gogol (1809–1852) was a novelist and political satirist. The author of Dead Souls and The Overcoat, he was one of Russia’s greatest writers.

George Gibian was Goldwin Smith Professor of Russian and Comparative Literature at Cornell University. His honors include Fulbright, Guggenheim, American Philosophical Society, and Rockefeller Foundation fellowships. He was the author of The Man in the Black Coat: Russia’s Lost Literature of the Absurd, The Interval of Freedom: Russian Literature During the Thaw, and Tolstoj and Shakespeare. He was the editor of the Norton Critical Editions of Tolstoy’s Anna Karenina and War and Peace, and Gogol’s Dead Souls, and of the Viking Penguin Portable Nineteenth-Century Russian Reader. Professor Gibian’s articles have appeared in the Wall Street Journal, The New Republic, the Christian Science Monitor, and Newsday, among others.
Loading...
or support indie stores by buying on